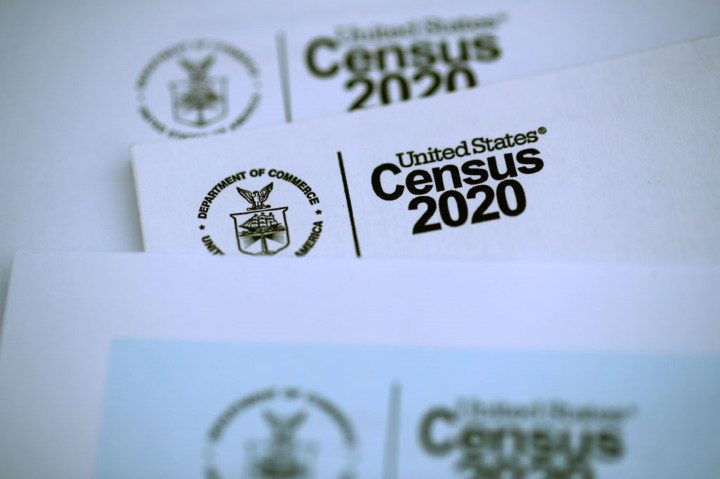 Kai Ryssdal and Richard Cunningham May 19, 2021
Heard on:

COPY
"A first step to promoting equity in Government action is to gather the data necessary to inform that effort," Biden said in his executive order on advancing racial equity. Justin Sullivan/Getty Images
Race and Economy

Kai Ryssdal and Richard Cunningham May 19, 2021
Heard on:

"A first step to promoting equity in Government action is to gather the data necessary to inform that effort," Biden said in his executive order on advancing racial equity. Justin Sullivan/Getty Images
Listen Now

After George Floyd was murdered last year, “Marketplace” began a series of interviews looking at systemic racism in the economy. One of them was a conversation with Rhonda Vonshay Sharpe, an economist and founding president of the Women’s Institute for Science, Equity and Race, or WISER, about how disaggregating data — breaking it up into subcategories — can lead to more equitable policy.

After more than a year of a pandemic that has disproportionately affected women and people of color, “Marketplace” host Kai Ryssdal checked in with Sharpe about how policymakers are talking about data. The following is an edited transcript of their conversation.

Kai Ryssdal: You and I started this conversation back last June when we had you on, and obviously, you know, you’ve been looking at this for a very long time. And it was a different time in this society and in this economy last June, different administration, obviously. I wonder what your sense is of whether the Biden administration is taking this on?

Rhonda Vonshay Sharpe: I think they are. But I know his racial equity order says in Section 9 that data has to be disaggregated. So I’m super excited about that. But what I am advocating for as president of the Women’s Institute for Science, Equity and Race is that it won’t be this trite disaggregation. I said in a Bloomberg article recently I want to look at reports and see all of me. I want to see me as a ADOS woman. I want to see me as educated, as single, not married. ADOS, an American descendant of slaves. Like, I want to see all of me when I’m reading an article, not just me as a Black woman, because that hides so much of my experience in the U.S. just to talk about me as a Black woman.

Ryssdal: So doing this is all in the service of getting more equitable, and thus better policy that will help more Americans. My question is, if I’m Jay Powell and I’m disaggregating this data in all the ways you like, or Janet Yellen, or Joe Biden, how does this then inform my policy decisions?

Ryssdal: What do you suppose it looks like? If we collectively — right, because it’s our challenge — if we get this right?

Sharpe: So let me say what I think it doesn’t look like. I don’t think it means that we don’t have inequality. We hear this conversation about an equitable recovery. But one year after 12 million women were unemployed, 8 million of them being white, white women have the lowest unemployment rate. And there’s no conversation about that. Our unemployment numbers, as we’re opening up, look like what we have historically seen: White unemployment is at a level, and for everyone else, it’s nearly twice that. When we get this right, we can have honest conversations about our inequality. And then we can begin to have collective conversations about how do we address that.

Ryssdal: Which I absolutely understand it. And obviously, we get better policy when that happens. But let me ask you the reality check question. The American economy is a $20 trillion beast. It is hard to maneuver and get policy decisions made in the best of times. Is it really possible to make these decisions at such a granular level, do you think?

Sharpe: So yes and no. And so my yes is we have seen that when we are concerned about the economy, when we are concerned about people, we move. I think what’s most important about this, and what I like to say is the beauty of disaggregating data, is that every person, every business and sector, can see themselves in the data. It influences, I think, just overall how we see America progressing towards an equitable society. And that’s not a partisan issue.