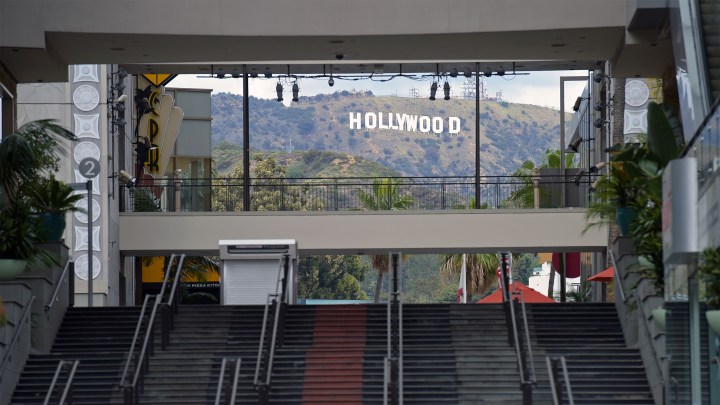 COPY
The coronavirus lockdown is forcing networks to use alternative means of programming. Agustin Paullier/AFP via Getty Images

The coronavirus lockdown is forcing networks to use alternative means of programming. Agustin Paullier/AFP via Getty Images
Listen Now

Hollywood studios and unions released some of their suggestions this week as to how this economy can get back in the business of making movies and television. Lots of testing. COVID-19 compliance officers on every set. Maybe even more digital effects so people don’t look like they’re 6 feet apart.

Unless and until state governors agree, though, sets will be mostly shut down, which has made figuring out fall schedules tricky.

Different networks have different strategies. CBS is betting that popular shows like “NCIS” will be able to start filming in the next few months, in time to premiere this fall as planned.

Other networks aren’t so sure, pushing traditional fall premieres into 2021. But to make sure viewers stick around until then, some are buying what’s being called “gently used” programs: shows from cable or streaming platforms that have already aired. Fox is picking up “L.A.’s Finest,” a detective series that premiered on Spectrum.

But viewers might not be turned off by hand-me-down TV. “I think we’re in this weird situation where audiences, they might notice it, but they’re just at home. They probably already watched most of their favorite shows on Netflix… and they’re looking for something new,” said Ross Benes, an analyst with eMarketer. “They’re open to gimmicks because where else are they gonna go?”

The CW will have old shows too, like “Swamp Thing,” a superhero drama that was canceled last year after one season on the DC Universe streaming platform. But it’s also picking up some foreign shows to fill the time, like Channel 4’s “Dead Pixels,” from the U.K.

It’s an inventive idea, but Morningstar analyst Neil Macker said giving American audiences a foreign product is just as risky as hoping Hollywood opens up again in a few months. “Historically as we look at overseas productions, they’ve traditionally been remade in the U.S. as opposed to shown from other places,” he said. “And so that’ll be interesting to see if viewers have changed their habits such that they’ve been willing to, you know, watch something that might have a different cultural context that’s not American.”

But for all of the networks’ efforts, Benes said their revenue is expected to take a hard hit as advertisers cut their marketing budgets. “Probably declines by as much as 30%,” he said. “Normally you have a very strong advertiser demand and, you know, not enough supply of viewers. Right now you have a total reverse of that, where you have more people watching than have ever been watching before, but less advertising come in.”

Even when Hollywood production does resume, networks are still going to be in a tight spot. Stars and crews will have a backlog of projects to catch up on. But there is one genre that has been adapting pretty well to the pandemic: the reality competition show. Like NBC’s “The Voice,” one of the first to feature remote hosts and contestants. Meredith Ahr, president of NBC’s reality show programming, said filming it was “an incredible feat of technology, just to be perfectly honest. That first live week, we were pulling in 22 feeds from around the country.”

It might feel weird now, but analysts say all these experiments — old shows, foreign shows, even more reality TV — could stick around after the pandemic if advertisers return and we all keep watching.