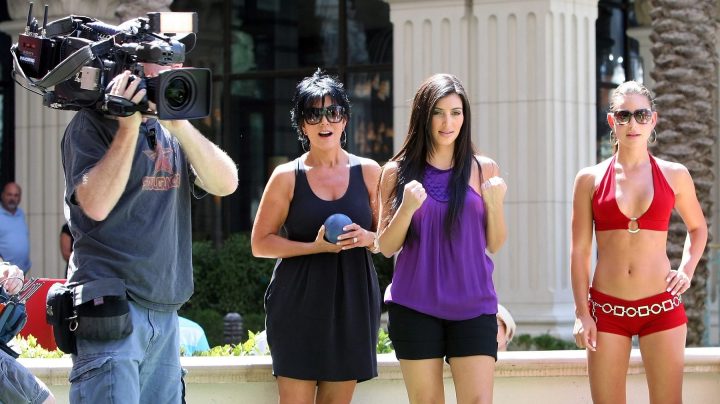 This was supposed to be a big week for TV, with networks rolling out fall lineups to start the advertising race. But announcements for renewals and cancellations have been slow as shows try to figure out how to pivot during COVID-19. And that includes the filming of unscripted shows. How do you make reality TV when reality feels so … unreal?

On the most recent episode of “American Idol,” contestant Louis Knight sang on his porch to a live audience — of one. His mom. The judges were there, too, but virtually, watching through little boxes that looked like a Zoom call.

“Survivor,” “Keeping Up With the Kardashians” and “The Real Housewives of Atlanta” are also producing shows remotely.

“It’s going to look a lot more DIY,” said Tom Nunan, a professor at the School of Theater, Film & Television at UCLA. “You’re not going to see your favorite celebrities or personalities lit or made up. But that may be part of the charm of this,” Nunan said.

But how long can this charm last? Shows that document peoples’ lives could clash with the harsh reality of the pandemic. Like Bravo’s “Vanderpump Rules,” a social drama set in an LA restaurant. Or “The Amazing Race,” which is all about travel.

“I mean, the reality right now would be everybody in front of the camera with a mask on,” said Chris Sanders, the executive producer at Atlantic Television, a production company that works with NBC and The Discovery Channel.

Shows that could thrive are the kind that happen in a bubble. You know, where you throw a bunch of people together for a social experiment. Think “Big Brother” or Netflix’s “Love Is Blind.”

“You’ve basically gotta create an environment that’s going to be safe. So we probably will be seeing more of these kinds of closed-environment scenarios,” Sanders said.

And watching people whose biggest worries are a love triangle or being voted off an island could give audiences a break from actual reality.