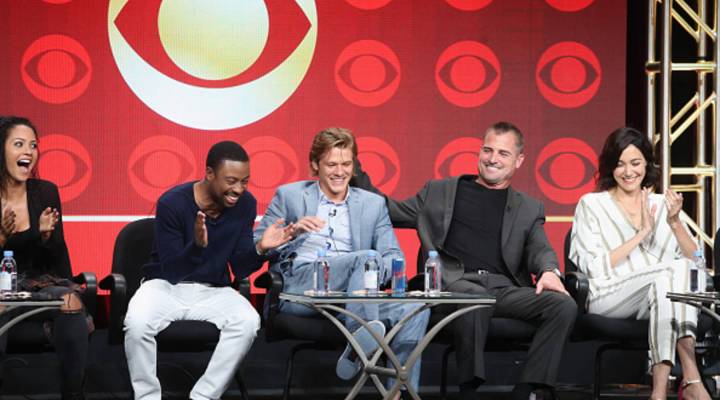 But the characters aren’t the only ones trying to rewrite history. The television networks themselves are jumping into a kind of time machine.

This fall, along with their usual shows about doctors, lawyers and cops, the networks are also adapting movies and reviving old series.

“The conclusion that they have sort of made is that it’s so hard standing out and so hard getting noticed, that the easiest way to do that is to come at people with property that they already recognize,” said Brian Lowry, a longtime television critic.

The Golden Age of Television may be golden for viewers, but for those in the business of creating shows, it’s getting harder to stand out. The stakes are particularly high at the broadcast networks, where preseason ad sales are at the best levels in several years.

Fox, which is looking to pull itself out of last place among the networks, is introducing adaptions of the “The Exorcist” and “Lethal Weapon.” Meanwhile, CW has “Frequency,” based on a sci-fi thriller.

Over at CBS, the network is bringing back “MacGyver.” It’s also launching a show featuring Kevin James called “Kevin Can Wait.” It’s going to fill the old time slot of his show, “The King of Queens.”

“So, it’s like you’re almost in a time warp,” Lowry said. “If you woke up today, you would see Kevin James looking pretty much the same, just with a new wife and new kids.”

This fall, networks are unveiling more than 20 new shows. Streaming services like Netflix and Amazon are launching another couple of dozen, and then there are all of the cable shows.

It’s easy to get lost in the crowd, said Larry Gerbrandt with Media Valuation Partners.

“It’s very difficult to create word-of-mouth momentum, social media momentum, when you can only reach 2 percent of the public,” he explained.

So, networks rely most on what they’ve already done right, Gerbrandt said.

Or in the case of NBC, the Olympics gave the network more than 3,000 times to plug its shows and programming.