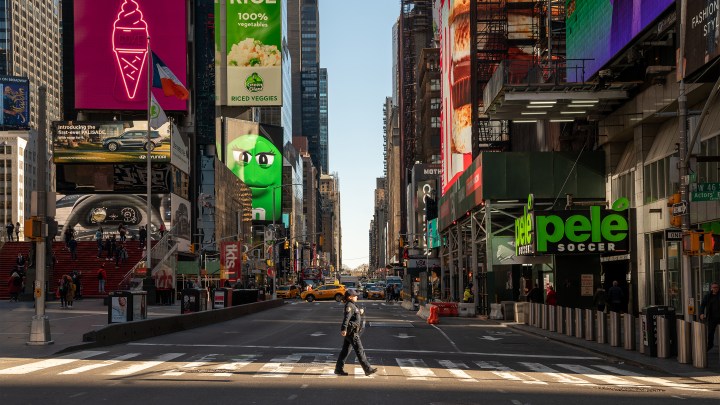 How do you reopen an economy that’s been shut down to fight a pandemic? As the threat posed by the coronavirus begins to level off, that’s the next big question on the agenda.

The White House is aiming to get the “grand reopening” underway by May 1, while many states are planning to take a go-slow approach to lifting stay-at-home orders.

Whatever political leaders decide, restarting the economy will also depend on consumers — how people will feel about going into stores and restaurants again. We’re all probably going to have to get used to a new normal.

Personal consumption is a huge driver of the U.S. economy, accounting for around 70% of GDP. That means the people who buy goods and services — really all of us — are key, said David Garfield, managing director at consulting firm Alix Partners.

“How consumers think, feel and act in response to economic reopening will be pivotal,” Garfield said. There’s still so much uncertainty around timing and whether there could be another spike of COVID-19, he added, but some early signs show people want to spend.

“There will certainly be some pent-up demand for consumer goods and services in some areas — haircuts and trips to the dentist, for example,” Garfield said.

And of course, people have been missing trips to the movie theater and their favorite restaurant, too. But it’s not so clear if they’ll rush back to those places.

Denise Dahlhoff, senior researcher for consumer research at the Conference Board, said businesses will have to work to make people feel safe.

“That includes providing disinfectants. It might include having mandatory masks, and maybe even gloves, at the store,” Dahlhoff said.

Another concern for many consumers will simply be financial. The millions of Americans who have lost their jobs and others who are feeling insecure might not feel like spending.

Ravi Dhar, director of the Yale Center for Customer Insights, warns that asking people to predict how they’ll feel later while we’re still in the middle of this crisis can be misleading.

“Because what people predict is really based on what they’re thinking and feeling at the moment,” Dhar said.

Right now, people might be frustrated at home and predict they’ll head out and start spending right away. But what they will actually end up doing will be driven by how confident they feel when stay-at-home orders are lifted.