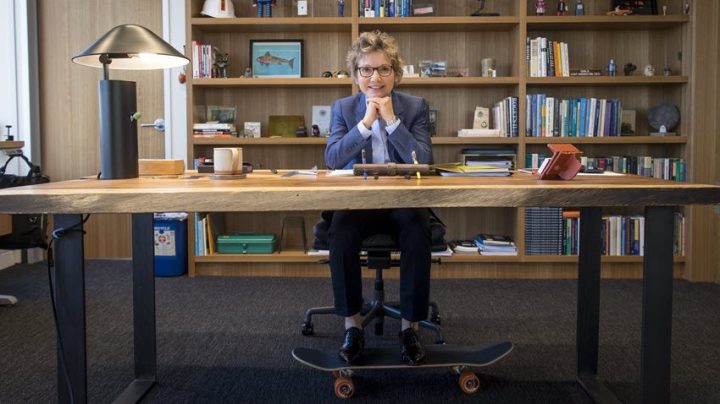 San Francisco was one of the first U.S. cities to adopt stay-at-home policies in response to the COVID-19 outbreak. And that meant the employees at the Federal Reserve Bank of San Francisco saw firsthand what the pandemic might mean for the economy.

“I’m seeing that the American people are doing the right thing for public health and sheltering in place,” said San Francisco Fed President Mary Daly in an interview with “Marketplace” host Kai Ryssdal. “And this has caused a hard stop on the economy on economic activity.”

Daly took over as president of the bank in 2018. Her background is unique among Fed officials, as she graduated high school with a GED certificate after dropping out at 15.

“My empathy for those who don’t have an equal footing is always high,” said Daly when asked if her background gave her more empathy for those who lack a voice. “But all you have to do is look out my window in Oakland, California, and see the numerous small businesses who employ one or two people and realize those people aren’t working.”

“This is why each one of us in the economy has a role to play,” Daly said. “Even if you’re not a policymaker, you can pay for services that you would normally get and try to help those individuals who we rely on every day keep some level of income so that they’re as well prepared to come out of this as we are who are lucky enough to telework.”