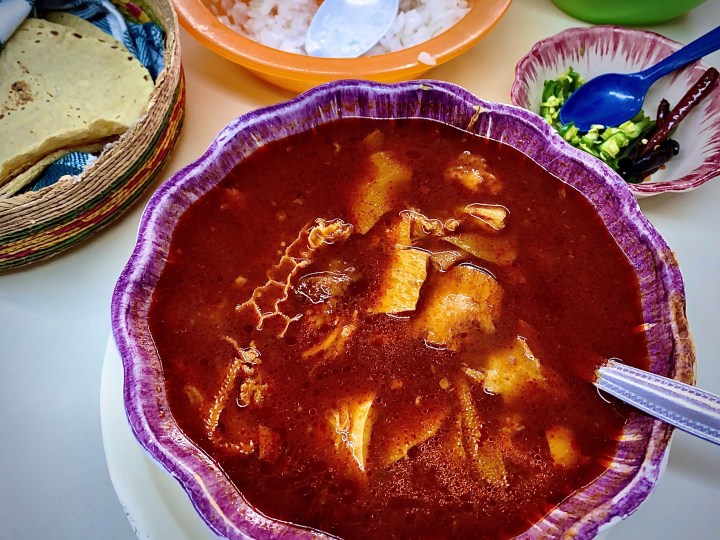 Rick Martinez, contributing editor at Bon Appetit, has been driving across Mexico with a plan to hit all 31 states and Mexico City. So far, he’s put 10,000 miles on his car. And the best breakfast of the trip has been the one he had in Zacatecas City, in the north central part of the country.

It was a bowl of menudo, which is made with beef tripe, stewed with chili, oregano, garlic, and onions. He bought it from a woman with a road side stall. “All that she sold was menudo in the mornings and she just sold it until she ran out and then that was it,” said Martinez. On the side was a glass of freshly squeezed orange juice from one of the area’s citrus farms.

But to get back to that road trip: “myself included but I think most Americans have a very limited scope of what they understand to be Mexican food,” said Martinez. “The reality is, Mexico is a huge country with a lot of different geography, a lot of different cultures and indigenous people and a lot of immigration from different parts of the world that have contributed to the cuisine and I wanted to share that.”

Martinez is documenting his travels via his Instagram. And when he’s finished, he’ll publish a book about the food and culture of Mexico.

Bon Appétit on making the perfect Thanksgiving dinner
Listen READ MORE
Business on the Texas-Mexico border Border life: An apartment in Mexico, a job in the U.S.
Listen READ MORE