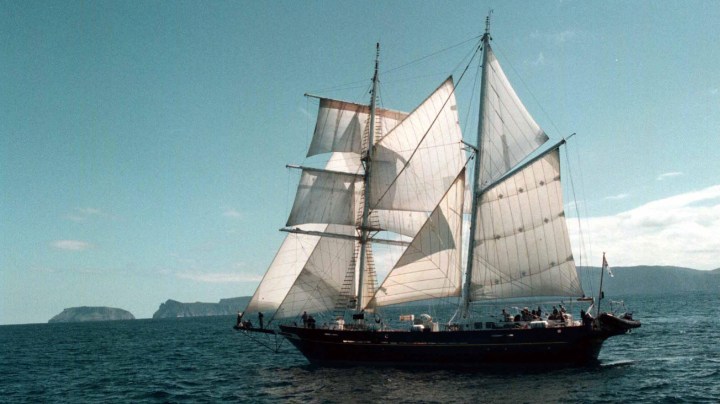 COPY
"Pirate articles," or contracts that stipulated compensation, were sort of like worker cooperatives of their time. Bruce Miller/AFP/Getty Images
EEC: Econ 101

"Pirate articles," or contracts that stipulated compensation, were sort of like worker cooperatives of their time. Bruce Miller/AFP/Getty Images
Listen Now

Feeling frustrated with how power tends to shake out in corporate America? Disheartened by the staggering pay discrepancies between CEOs and typical workers at many companies, and how those disparities keep growing? Wish your employer offered better benefits, or maybe just listened to you more?

To dig into how power is distributed in this economy — the topic of this week’s introductory economics lesson — we talked to Peter Leeson, a professor of economics and law at George Mason University, about how regulation can play a big role in promoting equality.

Our case study: 18th-century pirate ships, which usually had robust written constitutions governing conduct on board.

Some of the rules, like bans on drinking on the deck after dark and on gambling, might not square with the images we have of pirates. But Leeson said those images are probably fairly accurate, which only made the rules more important. They facilitated order among the crew during sometimes monthslong voyages at sea.

“Remember, these are people who had devoted themselves to theft and violence as a way of living. So it was perhaps more important for these individuals to have some rules in place that would make sure that their raucousness wouldn’t cause implosion internally for the crew,” Leeson told Marketplace’s David Brancaccio.

More importantly, these “pirate articles” defined how pirates would be compensated.

“They were first and foremost employment contracts,” Leeson said.

After the crew got together and decided what share of the ship’s plunder would go to each pirate, the articles were unanimously agreed upon by every crew member.

For example, the Royal Rover’s articles stipulated that two shares of ship’s proceeds would go to its democratically-elected captain, no more than twice the amount that would go to the average crew member — an executive pay ratio that puts most modern companies to shame.

Leeson said the relative equality was ultimately driven by practicality.

“The reason for that isn’t so much that pirates were inherently egalitarian — on the contrary, I think they were pretty much disinterested in that,” he said. “But rather, having this kind of flat pay scale was driven by simple concern for making as much money as possible.”

It helped unite the crew and align their interests, particularly when it came to decisions about whether to continue the expedition or not.

“It made sense for them to all be these equity stakeholders in these small floating firms because there were no external financiers. The crew members stole the ship, so they jointly owned it,” Leeson said.

That’s in contrast to a company like Walmart, which is ultimately beholden to the investors who finance it.

“You couldn’t possibly run that thing in a reasonable way as a worker cooperative,” Leeson said. “It doesn’t mean the employees aren’t playing a crucial role, but in terms of directing the capital and making the strategic decisions for the firm, we pass those rights on to those who have the best incentives to use them.”