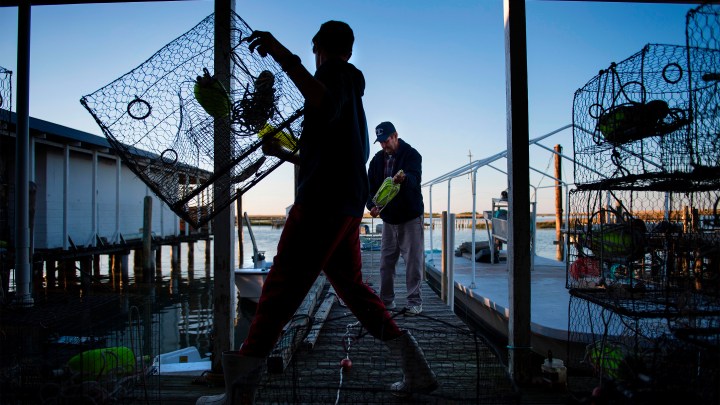 COPY
For seasonal businesses like crabbing, a visa lottery application is no guarantee. Jim Watson/AFP via Getty Images

For seasonal businesses like crabbing, a visa lottery application is no guarantee. Jim Watson/AFP via Getty Images
Listen Now

The Trump administration is expected to announce that it’s raising the cap on the number of foreign workers allowed into the country this year to do temporary seasonal work, according to the Wall Street Journal.

H-2B visas are capped at 66,000 per year, but the law allows the Department of Homeland Security to nearly double that. This year, the administration is reportedly planning to to allow 45,000 additional workers.

For seasonal businesses like hospitality, landscaping and crabbing, however, a visa lottery application provides no guarantee of workers.

“There’s a much higher demand for the visas than there are actual visas,” said Peter Cramer, an immigration attorney.

The Trump administration has allowed more seasonal workers each year but is restricting legal immigration in other ways. Just today the “public charge” rule took effect. It allows the government to deny green cards to people deemed likely to use Medicaid and other social safety net programs.

But H-2B visas are a safer bet for the Trump administration, said Alan Hyde, who teaches immigration law at Rutgers University.

“They’re [H-2B visas are] reasonably well regulated. They’re not the visa that’s thought to be particularly subject to abuse,” he said. He added that most H-2B workers return home.