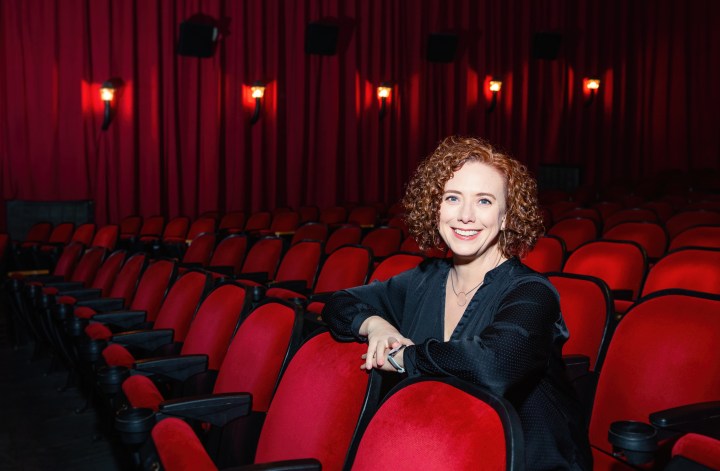 We talked to 10 people who roughly represent the 164 million-person U.S. labor force. Ten stories, one question: “Is the economy working for you?” Meet Stephanie.

The numbers on Stephanie:

Stephanie Silverman is the executive director of an independent movie theater in Nashville, Tennessee, the nonprofit Belcourt Theatre.

Like many people in Nashville, Stephanie’s a transplant. She was born in Dubuque, Iowa, but grew up in Omaha, Nebraska, and has lived throughout the Midwest. She has a degree in theater and her husband is a professional musician. They chose Nashville because it’s a good town to be a working musician in, a place where you can play music for a living and have a family, a house and a car. Together this blended family includes four kids between 13 and 27. Two are past college, one is in college and one is in middle school. Stephanie and her husband have helped their older kids pay for college and hope to do so for their youngest as well. Stephanie feels positive about the future of the theater and her work there; Belcourt Theatre is a solid community institution and it doesn’t feel to her like the local chain movie theater is a real source of competition. But Nashville is struggling with affordable housing, something that affects many of her staff.

What kind of training did you have to do to get your job?

Right out of college I started working for a nonprofit performing arts organization and basically learned on the ground from good (and not so good) bosses and other mentors along the way. Today, I keep learning from great colleagues across the country and peer organizations who are creating great programs for their theaters and their communities.

I was a pretty serious young violinist and ended up leaving Omaha to go to a performing arts high school in North Carolina. I thought that might be the path for a while, but when you are a kind-of talented kid and you get into an environment where you are in the mix with very talented kids, you realize it might be time to pivot. I think that moment was the first time I’d even heard the term “arts administration,” which is what I do now.

The most non-unique thing — my laptop.

What’s the hardest part of your job that people don’t know?

Probably managing growth. There’s so much good that comes with expansion and growth, but those changes can also bring stress and frustration to staff, to patrons, to the community. Trying to anticipate those pressure points, and if I don’t anticipate them, working to soothe them over retroactively can be very tricky.

I sold tip sheets and horse racing forms at Ak-Sar-Ben (Nebraska spelled backwards) race track in Omaha, Nebraska. Old gamblers loved teaching me how to face my bills and count down cash for customers.

Click the media players below to hear how Stephanie’s story evolved: