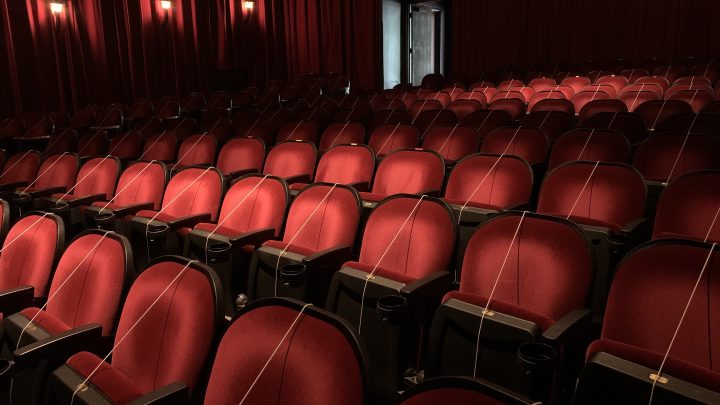 Thanksgiving weekend is typically one of the biggest moviegoing weekends of the year. For the Belcourt Theatre in Nashville, Tennessee, this Thanksgiving marked its first holiday weekend since reopening for indoor, in-person screenings earlier this month.

The Belcourt’s executive director, Stephanie Silverman, is among the 10 people Marketplace is following in our series “The United States of Work.” She talked with host Kai Ryssdal about how the Belcourt reopened and how it’s getting by. The following is an edited transcript of their conversation.

Kai Ryssdal: First of all, before we get to the Marketplace of this, how are you doing?

Stephanie Silverman: You know, hanging in. We had a lovely Thanksgiving, although we were supposed to go visit all our older kids in Chicago and had to cancel that and hunker down at home. But all in all, OK.

Ryssdal: Yeah, I get it. How’s the mood at the business? I mean, you’re open, but it’s not easy.

Silverman: Right. It’s slow for sure, but, you know, I guess there’s a certain sense of optimism just that we feel like we figured out how to do this safely, right? The way to open, the way to keep patrons apart from each other yet together in a space watching a movie. [But] with [coronavirus infection] numbers going up and still these conversations around whether or not you should wear a mask, it just complicates the ability to do things safely and still inspire enough confidence in audiences.

Ryssdal: So let’s talk about the logistics of this first of all. How many people does the Belcourt Theatre fit in normal times? What’s capacity?

Silverman: Well, our largest seats 332 people, the second space seats 255, so both quite large, especially for movie theaters. And in both of them, the maximum number of people we’re seating is 56. So that’s like 17% of the capacity of the largest hall and 22 of the next one down. So I mean, it’s a tiny capacity. But I took my son to see a movie and it still felt like you were watching a movie with people, which is really the defining part of the theater experience, being in community with people.

Ryssdal: Yeah, I imagine you’re not turning them around. You know, you get on the multiplex and as soon as you walk out, there’s a whole crew there waiting to come in and clean and turning it around for 15 minutes later. I’m sure that’s not happening at the Belcourt, right?

Silverman: That is not. We are taking a full hour between each screening to really get that hall sanitized. We’re trying to really calm down, right, to like, to not follow all the normal movie theater operating rules and just go slow and carefully so that we really know we’re checking off all the boxes.

Silverman: Well, so not by ticket sales alone, for sure. You know, we sold, you know, north of 300 tickets over the holiday weekend, and I just looked at what we sold the year before. And it was north of 1,700 tickets. So the lucky thing for the Belcourt is that we’re a nonprofit and so during this whole period, we’ve had to sort of turn our model around and lean more on philanthropy than on earned income. But you know, we’re able to do this because we have members who keep donating. We got a big gift from Amazon, which has helped just keep us operating. It’s been these kind of —

Silverman: Yeah, Amazon Amazon. You know, they’re building a big distribution center here in Nashville, and they have sort of stepped up in the corporate philanthropy world here in the city. They helped us with our safety precautions — you know, those kinds of things that the corporate community has stepped in to help us, frankly, where the federal government has not. [That] has allowed us to have our doors open because it is not based on popcorn and ticket sales alone.