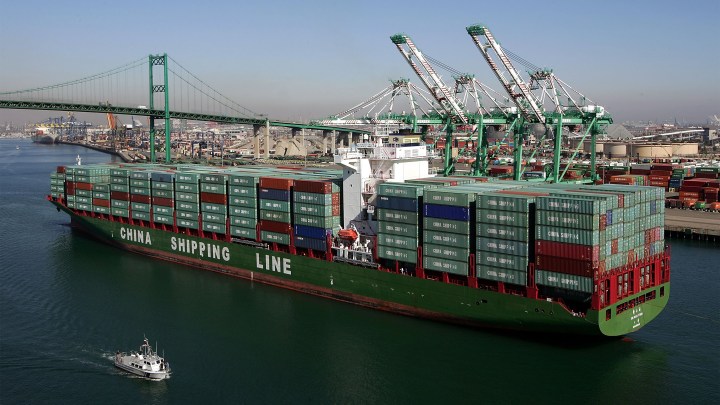 The U.S. trade deficit in 2019 fell for the first time in six years, the Commerce Department reported. The gap between exports and imports of goods and services was $616.8 billion, down $10.9 billion from the previous year.

One of the main reasons: imports fell dramatically at the end of 2019, due in part to higher U.S. tariffs on Chinese goods.

“There’s been a sharp decline in imports from China,” Matthew Luzzetti, chief U.S. economist for Deutsche Bank Securities, said. “In addition you had the GM strike, which led to significant declines in imports of auto parts.”

The phase one trade deal between Washington, D.C., and Beijing from January should boost imports of Chinese goods and services, as well as U.S. exports to China, in 2020. But the overall trade picture in the world economy looks bleak at the moment.

“Really, we’re going to see the worst year for U.S. trade since the financial crisis,” James Watson, senior economist at Oxford Economics, said. “We are really expecting to see imports and exports pretty much stall.”

Anemic trade can hurt consumer choice and affordability of goods and services.

Global growth is uncertain, and the U.S. — despite the initial trade deal with China — still has a lot of tariffs in place, Watson said.

In addition, the Chinese economy has been slowing, even before the coronavirus outbreak.

“Keep in mind, China for 20 years has been the driver of global trade and global growth,” Mickey Levy, chief economist for Berenberg Capital Markets, said. “And it really stumbled.”