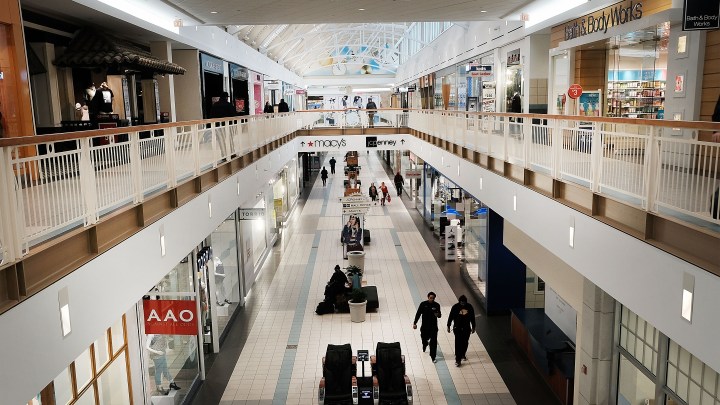 Just a few weeks into the new year, retailers have announced hundreds of store closures. Papyrus is reportedly closing all of its U.S. locations. Same with Bose, which makes audio equipment. Macy’s, Pier 1 Imports, J.C. Penney — they’re all closing stores, too. Which raises a fundamental question about American retail: Are there simply too many stores?

There’s a concept in retail that gets thrown around a lot — that the United States is “overstored.” Maybe you’ve heard of it.

The country has more retail square footage per person than any other developed economy, according to Joel Rampoldt, managing director at AlixPartners.

“The idea of being ‘overstored’ is how can that be healthy when we have so many stores chasing a relatively small number of customers?” Rampoldt said.

Not enough customers to justify spending money on wages, rent, heat, electricity — all the costs of running a store.

Mark Cohen at Columbia Business School said the problem goes back a few decades. In the U.S., stores and malls were built based on how much land was available.

“The developers followed the view that if they been built it, the customers would come,” Cohen said.

Then the recession hit. They stopped coming, and more people started shopping online.

Not everyone agrees that the U.S. has too many stores. While many chains are closing stores, others are opening them.

Rampoldt said the term “overstored” can become an excuse for retailers that can’t figure out how to make stores attractive to potential customers. He said retailers should be asking how they can be better.

“How can we be different? How can we give the shopper something that she or he can’t get anywhere else?” Rampoldt said.

Correction (Jan. 22, 2020) : An earlier version of this story misspelled Joel Rampoldt’s name. The text has been corrected.