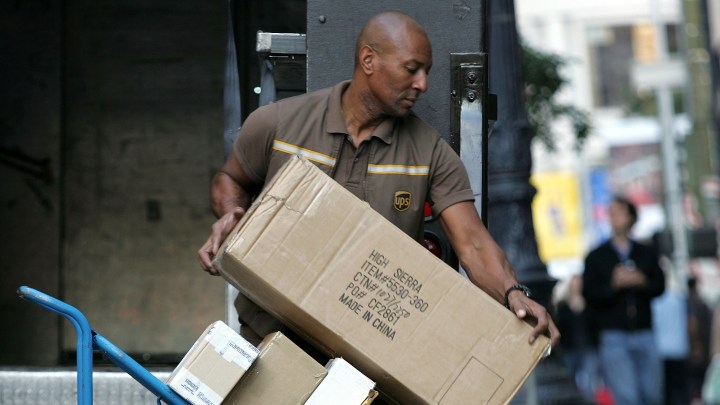 Within days, new shipping emissions rules from a United Nations agency will kick in, requiring vessels around the world to cut sulfur pollution by 85%. Most analysts agree the regulation will result in higher shipping costs for consumers.

Shipping companies have several choices to comply: to purchase expensive onboard equipment to reduce emissions; to burn natural gas; or to purchase cleaner, pricier fuel. Research suggests most of the industry will choose the latter option.

“Your fuel costs are probably going to be 50 to 60% higher,” said Jamie Webster, oil analyst at the Boston Consulting Group and fellow at Columbia University’s Center on Global Energy Policy. “Obviously, shippers are going to be interested in trying to pass those costs on until it gets down to those of us at the consumer level.”

How much costs will go up is up for debate. A single flat-screen television may cost less than a dollar more to ship, according to one industry estimate. But a week-long cruise may run an additional $150.

Another area of impact: diesel prices. Clean fuel for shipping contains diesel as a main ingredient, so shipping companies will soon be competing against other diesel users: railroads, trucking companies and delivery firms such as UPS and FedEx. According to one estimate, diesel costs could rise a dollar a gallon.

“There’s a big question about how much cheating will be involved –– there will certainly be some,” said Rusty Braziel, president of consultancy RBN Energy. “There’s no police force out there enforcing all of this. It’s being essentially enforced by companies that fuel these ships.”