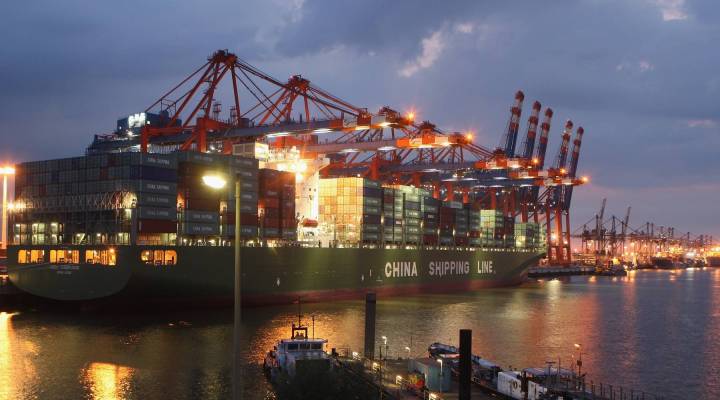 An obscure ruling by the International Maritime Organization, the United Nations agency that regulates shipping, could rock the global economy next year. The ruling — known as IMO 2020 — could send the cost of marine diesel spiraling upward, disrupt the shipping industry and even stoke global inflation.

And yet the purpose of IMO 2020 is entirely benign: It’s designed to clean up the environment, protect human health and save lives.

The regulation is aimed at forcing shipowners to stop using dirty fuel oil to power their ships.

“Marine fuel is a residual fuel. It’s the stuff that’s left at the bottom of the refinery,” said Richard Meade, editor of Lloyd’s List shipping journal. “It has a lot of sulfur in it, and when it’s burned and gets into the air, it is deemed to be quite harmful. It’s been proved to be behind respiratory diseases in coastal areas.”

Most of the ship’s emissions occur at sea, but 15 percent of the fuel is burned getting in and out of port, and even more is burned in coastal waters where the wind can carry the ship’s emissions inland. This kills up to 100,000 people a year, according to a Finnish study. Edmund Hughes of the International Maritime Organization told Marketplace that this was something the shipping industry could no longer ignore.

“There has been a clear demand for shipping to reduce its emissions and bring down the level of sulfur in the fuel. And it’s a social obligation to meet that demand,” Hughes said.

The result is the IMO 2020 regulation, which requires shipowners to switch to low sulfur marine diesel by Jan. 1 next year. Failure to do so could entail hefty penalties.

No one argues against the environmental benefits that IMO 2020 should bring, but there is concern about the financial implications. The switchover imposes huge costs on the refining industry as it scrambles to produce enough of the cleaner fuel to meet demand.

“To get more diesel out of your crude, you need to be installing all sorts of upgrading units in the refineries, Jack Jordan of energy analyst S&P Global Platts pointed out. These things can cost billions of dollars per refinery.”

The extra cost could discourage some refineries from upgrading, and that could lead to shortages. As a result, the price of marine diesel could soar by 30 percent or more, according to the International Energy Agency. Shipowners, who transport 90 percent of the world’s traded goods, would try to pass that cost on to consumers. The total impact on the global economy could be huge.

“Our analysts have talked about this costing $1 trillion over five years,” Jordan said. “An astronomical cost.”

Not everyone subscribes to this nightmare scenario. Hughes of the IMO believes the refining industry will be ready to supply the new fuel from Jan. 1 and there shouldn’t be shortages.

Bob Sanguinetti, head of the UK Chamber of Shipping, which represents Britain’s commercial fleet of 900 vessels, is also not unduly worried.

“I would say the cost implications are unclear. There will be, no doubt, some pain, but I don’t think it will be quite as seismic as some people out there will have us believe,” Sanguinetti said, although he added that the shipping industry could not be expected to bear the financial burden of IMO 2020 on its own.That burden will have to be shared. 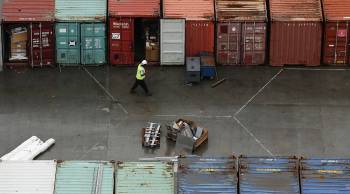