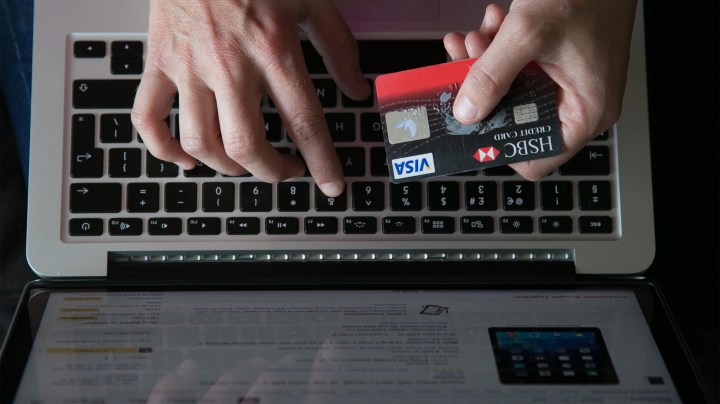 COPY
Do you shop online while at the office? Matt Cardy/Getty Images
The Season

Do you shop online while at the office? Matt Cardy/Getty Images
Listen Now

Americans are doing more and more of their holiday shopping online from behind a desk at work. A survey from human resources consulting firm Robert Half Technology found more than 50% of employees planned to spend time shopping online at work this holiday season.

Many employers discourage online shopping on the job and some outright forbid it.

“It’s 100% not allowed to use the computers for anything other than work-related purposes,” said one worker, who didn’t want us to use his name for fear of being busted.

Andrew, let’s call him, works at a government office and said at first he followed the rules and kept his shopping outside of work, but it just wasn’t realistic. He lives in a rural town in Northern California, and the nearest Target is two and a half hours away, so he buys a lot online, especially this time of year.

“I still don’t abuse the policy,” he said. “But if there’s downtime, you can just hop on for a few minutes, see if there’s any deals or anything that you need to snatch up right now.”

He said he spends probably 15 minutes a day shopping. But that time can really add up according to a survey of professional workers from productivity software company Zapier.

“You see in all segments, all groups, that people are more likely to shop at work than not,” said Wade Foster, Zapier’s CEO.

The survey found the majority of workers planned to spend eight work hours shopping online between Thanksgiving and Christmas this year — an entire workday lost to vacuum reviews and coupon hunting!

“It can lead our mind to become a bit more overstimulated, and it’s that overstimulation that’s the greatest enemy of focus these days,” said Chris Bailey, author of “Hyperfocus” and “The Productivity Project.”

Bailey acknowledges online shopping can be pretty distracting, but said it’s not all bad.

“Online Shopping can be a curious equation,” he said. “Because it definitely saves us time, and it may provide us with a bit more energy because we get that quick hit, that productivity feeling.”

Having uncompleted tasks hanging over us — like, say, buying presents — can nag at our attention and reduce productivity. So, he said, spending those few minutes shopping online can not only save us an hourslong trip to the mall, it can save brain power, too.

“I didn’t think I’d be such an advocate for online shopping,” Bailey said. “But we do have to be careful with this attention component of it.” He suggests completing a work task first and then rewarding yourself with a limited amount of online shopping.

But you might not want to do it out in the open, said business consultant and author Alexandra Levit.

“The default is that everyone’s gonna feel guilty about doing anything personal during business hours, because that’s how our culture is,” she said, even as the line between our work and personal lives is becoming more blurred.

“So you may be doing things during work hours that are personal,” Levit said, “and likewise, you’re probably doing work things during your personal hours.”

She notes a slowdown at work around the holidays is inevitable, not just because of shopping, but vacations, family parties, school functions and too much eggnog.

“I think that’s not the end of the world,” she said and suggested having an open dialogue with employees and laying out realistic expectations for what really needs to get done while not sweating the occasional online shopping distraction.

The SeasonWorkplace Culture
Tags in this Story
Share this Story