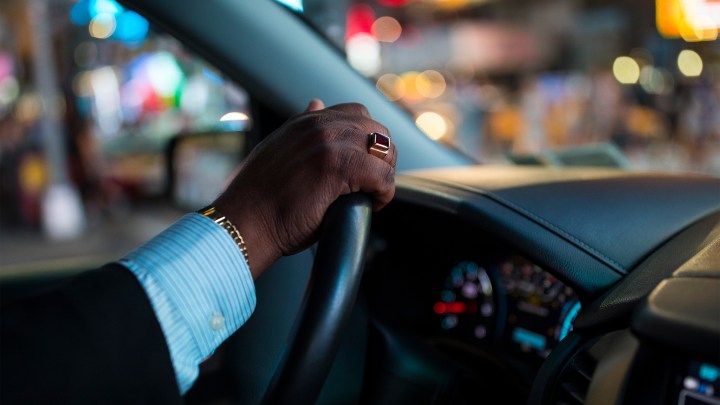 COPY
Uber drivers in California will be able to see where they're taking a passenger before accepting a ride. Drew Angerer/Getty Images
Workplace Culture

Uber drivers in California will be able to see where they're taking a passenger before accepting a ride. Drew Angerer/Getty Images
Listen Now

By January, all Uber drivers in the state of California will be able to see where a passenger wants to go before they decide whether to pick them up.

Uber is giving its drivers more freedom as the company prepares to fight a new law in the state, known as AB 5, that challenges the company’s classification of drivers as independent contractors.

Knowing where a rider wants to go will help drivers plan their days better, according to a Los Angeles Uber driver named Oscar, who didn’t want to give his last name for fear of retaliation from Uber. He said being able to choose rides according to the destination would allow him to take more trips, ending up closer to home or appointments and avoiding rides that take him too far away.

It’s an extreme example of why the policy has been a sore point for many drivers, said Harry Campbell, who runs the blog Rideshare Guy.

“This is something that drivers have always complained about, the fact that they don’t have a lot of that control,” he said.

But the change could affect riders, too.

Don MacKenzie, who leads the Sustainable Transportation Lab at the University of Washington and co-authored a paper on racial discrimination among ride-hail drivers in Boston, said the increased freedom for drivers could have a trade-off for passengers.

Uber declined an interview but said in a blog post the move is intended to offer more independence to drivers.