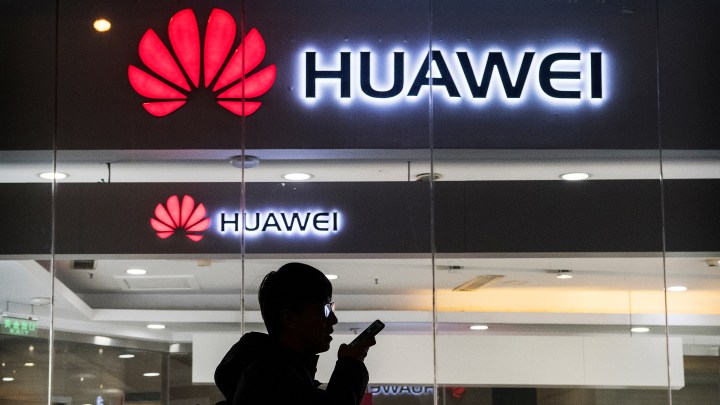 COPY
Huawei is still on track to make $100 billion this year despite being blacklisted by the U.S. Kevin Frayer/Getty Images

Huawei is still on track to make $100 billion this year despite being blacklisted by the U.S. Kevin Frayer/Getty Images
Listen Now

Remember Huawei, the Chinese telecom giant considered a spying threat by the U.S. government? The world’s top equipment maker for wireless networking gear, and No. 2 smartphone brand after Samsung, has spent seven months on the U.S. Department of Commerce blacklist.

But it’s still on track to make $100 billion this year. That’s because Huawei has found multiple end runs around U.S. sanctions imposed in May that were designed to cut it off from American component suppliers.

The new supply chain strategy, which executives call “Plan B,” includes manufacturing more semiconductors in-house, rather than relying on American chips that are considered the best in the world. It’s part of a longer-term strategy for Chinese tech firms to achieve supply chain independence.

“We are definitely seeing China redoubling efforts to have a domestic supply chain,” semiconductor analyst Linley Gwennap of the Linley Group said. “You can argue the components aren’t as good, but the fact that they can do it is a signal that sanctions are not going to cause tremendous disruption for them.”

Huawei also bought components from non-American suppliers in Asia and Europe, substituting out U.S. branded parts. And it exploited a loophole in U.S. sanctions, known as an entity listing, allowing Huawei to buy U.S. chips so long as they were physically manufactured abroad.

“Huawei has been very creative in trying to use legal workarounds,” Dan Wang, technology analyst at Gavekal Dragonomics, said. “So in general U.S. firms producing overseas in Taiwan or Japan or Europe very often are able to supply to Huawei.”

“Huawei has been very creative in trying to use legal workarounds.”

There are signs Plan B may be working: Huawei’s latest revenue numbers are up 24% compared to last year. And its newest phone, the Mate 30, which reviews suggest may have the best battery and camera on the market today, has been found to contain zero American innards by independent analysts.

“Over the course of a single design cycle, about six to twelve months, Huawei stripped out an incredible amount of U.S. chip content,” Wang said. “It has surprised industry. And it has really surprised me. After the entity listing I had expected Huawei would have to fold.”

In the company’s telling, it drew lessons from the entity listing of another Chinese tech firm, ZTE, that almost collapsed.

“We needed to take some additional steps to put our Plan B … into action.”

“Huawei recognized a few years ago with certain actions against another Chinese company that we needed to take some additional steps to put our Plan B, so to speak, into action,” Tim Danks, vice president of risk management and partner relations at Huawei, told Marketplace in an interview. “Certainly a huge amount of resources have been put forth into making those adjustments and addressing the issues. Certainly Huawei has rewarded its employees that have made those contributions.”

The company has a metaphor for itself, which has been mentioned by Huawei founder Ren Zhengfei, a former Chinese military engineer: a Soviet fighter jet from World War II, riddled with bullets yet still flying its mission.

“That image of a riddled fighter jet, it’s a call to put in that extra effort,” Danks said.

But Huawei’s mission isn’t finished yet. Its smartphones still can’t offer the Google Play Store or other Google-brand apps, under the sanctions rules. Zhengfei recently told the Washington Post it may take two or three years for Huawei to recover from the blacklisting. And the company faces criticism at home for the treatment of a former employee who demanded severance pay and was reportedly jailed soon after for more than eight months.

And in the U.S., the Commerce Department is considering tightening sanctions specifically against Huawei. The changes could block sales of more U.S.-branded chips manufactured abroad, including those deemed non-sensitive.