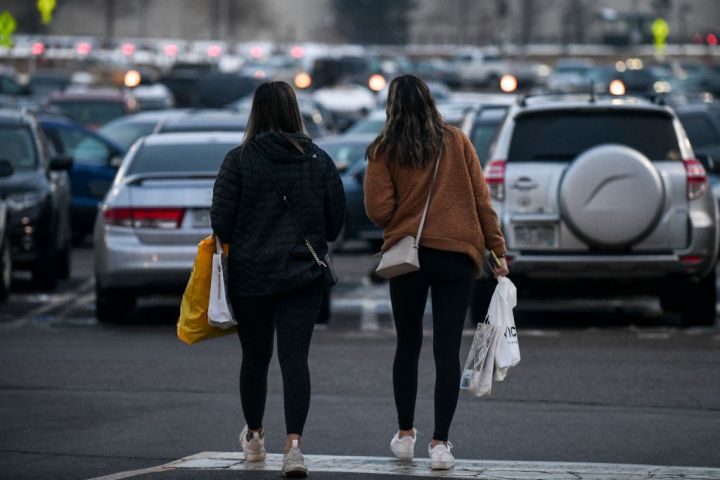 COPY
Even though they were raised online, today's teens seem to enjoy the social aspect of hitting stores on Black Friday. Michael Ciaglo/Getty Images

Even though they were raised online, today's teens seem to enjoy the social aspect of hitting stores on Black Friday. Michael Ciaglo/Getty Images
Listen Now

Fewer people are lining up to bust down physical doors to get their Black Friday deals, and are choosing to do their shopping online from the comfort of their pajamas. Research from Adobe predicts online sales will jump 20% this Black Friday over last year. But there is one demographic that is bucking the trend.

A survey by the National Retail Federation found the demographic most likely to shop in store this Black Friday was also the youngest – known as Generation Z, the oldest of whom are now in their late teens and early twenties.

“This is the first generation of true digital natives, so it really stands out to us how much they embrace the store,” said Katherine Cullen, director of Industry and Consumer Insights with the National Retail Federation.

Despite or maybe because of younger consumers’ reliance on technology, she said they view shopping in person as entertainment and a social activity. “And that’s social whether they’re there physically with other people or sharing what they’re doing in the store through their social channels,” said Cullen.

The crowds were thin at a downtown shopping district in Pasadena, California Friday morning, but 18-year olds Elayna Osterman and Jolene Murphy were out deal-hunting.

“We’ve never been Black Friday shopping before so we thought we’d try it, but it seems kind of not a thing anymore,” Osterman said with a laugh. The two had been to Target and Forever 21 and planned to head to Sephora before getting lunch and heading home.

Black Friday particularly appeals to Gen Z’s love of deals, said Jason Dorsey with the Center for Generational Kinetics. Being young they don’t have much in the way of disposable income, but he said they were also influenced by growing up during the Great Recession.

“Gen Z was old enough to understand what was going on, to feel the anxiety, the stress and the pressure of it, and yet they were young enough for it to still change their values,” he said.

But he noted this generation has high expectations for convenience and many end up just pulling out their phones while in store if they encounter long lines or better prices online.