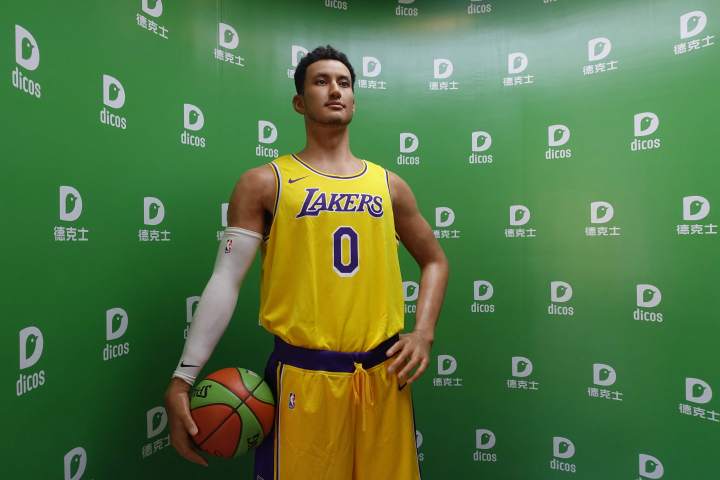 COPY
Fast food chain Dicos' NBA-themed restaurant in Shanghai. Dicos was among the companies that suspended or canceled partnership with the NBA in October. Charles Zhang/Marketplace

Fast food chain Dicos' NBA-themed restaurant in Shanghai. Dicos was among the companies that suspended or canceled partnership with the NBA in October. Charles Zhang/Marketplace
Listen Now

When foreign companies are perceived to have crossed China’s red lines, a boycott usually follows. What steps firms take next depends on whether the boycotts are led by consumers, businesses or the central government.

In 2008, China was preparing to host the summer Olympics. As part of it, the Olympic torch made a four and a half month-long trip to Beijing.

One of the stops in early April 2008 was in Paris, where protesters calling for a Free Tibet interrupted the torch relay. A few people even tried to grab the torch from a Chinese athlete in a wheelchair.

Back in China, the news was widely reported and discussed on online forums.

“There were some calls [by] people saying that the attitude of the French wasn’t correct and that the French companies should be punished,” said André Chieng, vice president of the business group, France-China Committee.

French supermarket chain Carrefour was the main target. Rumors that the biggest shareholders of Carrefour supported Tibetan separatist movements circulated. Carrefour issued statements at the time denying what it called a “fabricated” and “groundless” rumor.

Still, hundreds of Chinese citizens protested outside the French supermarkets in more than 10 Chinese cities.

“That was the moment when the Chinese customers started to realize the power of their number,” Chieng said.

“They go back to what they consider humiliation during the Qing Dynasty,” said Shaun Rein, author of the book, ‘The War for China’s Wallet.’

“They feel that the Western powers, led by the British, enslaved the Chinese to opium [and] destroyed the country’s economy.”

Luckily for Carrefour, the consumer boycotts in 2008 didn’t last beyond a few weeks, nor did they hurt the French retailer’s bottom line.

“All the French people condemned this attack [on the Olympic flame], which, by the way, was made by a foreigner [and not] a French person,” said Chieng of the France-China Committee.

“That’s the reason why I think it [the boycott] didn’t really pick up,” he said.

No matter how big the brand, multinational companies can recover from consumer-led boycotts, Chieng added.

“The Chinese consumer, like consumers everywhere in the world, doesn’t necessarily have a very long memory,” he said.

“They’re showing the government that they will support the motherland,” Rein said.

There are some signs that NBA is on a slow route to recovery in China. While Chinese state broadcaster CCTV has not resumed airing NBA games, internet giant Tencent has — except for the ones involving the Rockets.

Rein, who is also founder of the China Market Research Group, suggested the best way for foreign brands to combat these boycotts and bans is to issue a sincere apology.

“What we tell our clients is stand up, apologize [and say] ‘We are sorry. We respect China. We respect China’s sovereignty issues,’” he said. “Then afterwards you can say pretty much anything, as long as you’re showing respect to the Chinese people.”

Rein said the NBA fell far short of that but, even so, that public anger appeared to have subsided after Chinese state media stopped covering the controversy.

There are times, however, when the central government, via the state press, whips up public anger.

“They basically said: ‘How dare this little country install something that could be an offensive tool against us,’” he said.

Chinese consumers took the cue. They stopped buying Korean cars, cosmetics and snacks. South Korean supermarket chain Lotte, because it provided land for the South Korean military to build the THAAD system, was the hardest hit.

The conglomerate had most of its supermarkets in China shut by local governments, citing alleged violation of fire safety codes and other legal issues.

It’s an argument that Oh Guang Jin with South Korean news site Chosun Biz does not buy. He was based in Beijing when the boycotts began.

“In China, the central government can influence the decision-making of individuals. This is how China is different from other countries,” Oh said.

Till now, most group tours to South Korea remain banned, as are new Korean TV dramas.

The situation might not change until China’s government gives an indication that relations with South Korea are warm again.