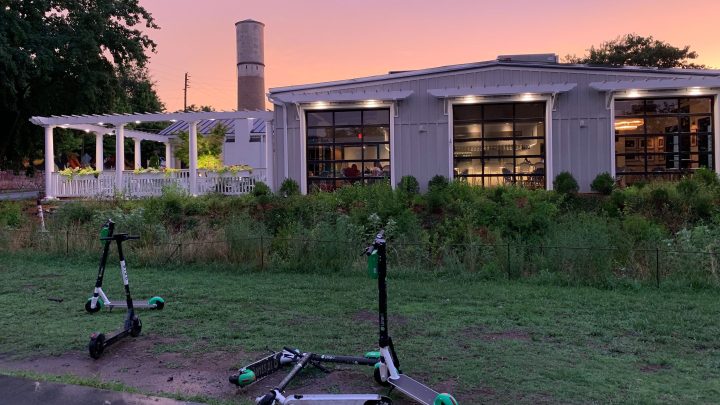 On a scorching afternoon in Atlanta last month, a group of city planners, community developers and attorneys walked a stretch of the city’s Beltline, a 22-mile loop of railway and abandoned industrial land that’s being transformed into parks and trails, flanked by tony restaurants and high-end housing.

But it’s something, and pausing for a break in the shade, Crystal Middleton, a planner in Buffalo, New York, soaked it up.

“We actually have a Beltline that we are trying to get a little bit more out of, so this walk is definitely helpful,” she said.

The tour was organized by the Center for Community Progress, a nonprofit group with a mission to eradicate the blight plaguing so many American cities and towns. Founded in 2010 as the country was facing the foreclosure crisis, the group hosts the Reclaiming Vacant Properties conference every 18 months, bringing together people from all over the country to share pitfalls and solutions. Ten years later, despite the longest economic expansion in U.S. history, organizers say their efforts are needed more than ever.

“I think the national narrative is that the crisis is over,” said Courtney Knox, the center’s director of national leadership and education. “But what we see is there are still neighborhoods in every community that are impacted by vacant, abandoned and deteriorated properties that really impact the quality of life for the residents that live there.”

Among the almost 1,500 people attending this year was Gary Ringer, a firefighter from Detroit.

After years of fighting fires, “seeing abandoned, blighted, fire-damaged properties, not just in the community where I live, but citywide, started to kind of play on my psyche,” he said. He started volunteering, teaching kids and seniors about the dangers of vacant properties, and recently took a part-time job with a nonprofit community development group that helps repair houses before they become emergencies. “I’m kind of wet behind the ears, but as you see here, taking copious amounts of notes and just trying to interject where I can,” he said.

Despite a shortage of affordable housing in many parts of the country, there are more than 6 million vacant, unused housing units, according to the U.S. Census Bureau’s American Community Survey. That’s more than at the height of the foreclosure crisis, and it doesn’t count empty lots or commercial buildings.

Alan Mallach has been studying blight for decades and wrote the book “Bringing Buildings Back.” The problem dates back to the 1960s and ’70s, he said, “when you had this enormous flight from the cities, and all of a sudden you had places like St. Louis and Detroit and Cleveland that were losing hundreds of thousands of people.”

Many of those cities were still struggling when the subprime mortgage bubble burst and 10 million people lost their homes to foreclosure. Black and Hispanic communities were hit especially hard. Since then, Mallach said, the recovery has been uneven.

“On the one hand, we’re seeing amazing revival and regrowth in places like New York and Washington, D.C. and San Francisco,” he said. At the same time, many parts of the Midwest and the South are still struggling. “That is another part of America’s reality,” he said.

“Hypervacancy is defined at 20% vacancy,” she said. “We have communities that have 70% vacancy.”

Solutions are going to look different everywhere, said Akilah Watkins-Butler, CEO of the Center for Community Progress. Detroit is focused on demolition, with a plan to tear down another 19,000 vacant and abandoned houses in the next five years. A program in Philadelphia has reclaimed 12,000 empty lots, by putting up wooden fences and planting trees.

“Some communities aren’t going to be where they were 50, 60, 70, 80 years ago — that’s just the reality — but we can still make those places great places to live,” Watkins-Butler said. “We’re helping cities reimagine what a future can be like, with the current set of circumstances.”