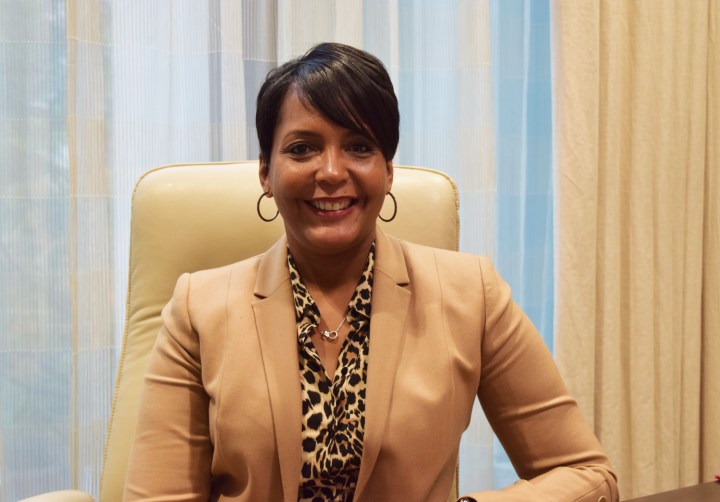 Atlanta, Georgia has a little bit of everything. A booming tech industry, a thriving film and television industry, and a growing metro area population. The city is also a transportation hub and home to an array of Fortune 500 companies.

But for all Atlanta creates, rapid population growth and rising costs of living pose a challenge for city leaders and residents. Mayor Keisha Lance Bottoms ran on a platform to make Atlanta affordable, with a plan to invest $1 billion in affordable housing across the city and a goal of creating 20,000 affordable homes by 2026.

Now, after more than a year in office, she tells “Marketplace” host Kai Ryssdal about implementing her ambitious housing plan and how the city works with businesses to create better paying jobs. The following is an edited transcript of their conversation.

Kai Ryssdal: This is going to sound like a weird way to start. But we came in through the atrium downstairs. And there’s a health fair going on, and lots of activity. And I looked over, and there’s a customer service desk, sort of the place people are supposed to go, to find out where to go, here in City Hall. And I just think that’s an interesting way to start an introduction to a city office building.

Mayor Keisha Lance Bottoms: Well, I appreciate that you noticed that. There is a customer service desk, and just on the other side is an office of constituent services. Saying all that not just to give the layout of City Hall, but as people come in off of the street, we try and make it user friendly, and just to be thoughtful about concerns or challenges that people may have as they walk in the door.

Ryssdal: Here’s why I asked. We were in another room over there, waiting for you to get out of a prior meeting. And there’s an interview you gave to Atlanta magazine right after you came in office. And one of the things you said was the challenge in this job is making people care.

How do you make people care, in a city as busy and dense and and diverse and robust as Atlanta is?

Lance Bottoms: You know, there was this term that was used for many generations, many mayors before me, that Atlanta is a city too busy to hate. And then you think about Dr. King, and the stories that I’ve heard of when he won the Nobel Peace Prize, and the civic leaders and business leaders demanding that there be an integrated gathering to acknowledge and to congratulate this award, I think it goes back to us being a city who cares.

Ryssdal: As you take office year and a half ago, affordable housing one of the things you campaign on; making this a more affordable and welcoming city. What do you do? How do you get people there?

Lance Bottoms: You know, there’s that question: how do you eat an elephant? That may not be the best example. But it really is one bite at a time.

And we set a goal of $1 billion towards affordable housing. Now, it was a campaign promise that when I made it, I thought: Well, let’s really hope I can meet it. And just by not looking at it as a billion-dollar goal, but looking at it in terms of how do we get here, step by step … we’re already close to $200 million in. It’s not just about our minimum wage workers, but we’re also talking about our teachers and our firefighters, and the folks who come in here and clean this building at night. We’re talking about a cross section of people.

Ryssdal: About those people, the labor force, and the kinds of jobs are being created in this city. There’s so much here: there’s entertainment, with the entertainment tax credits from the state; there’s technology here. At the same time, there are service industry jobs. How do you gear a labor plan to fit all those constituents of varying skill and abilities level?

Lance Bottoms: We have created a program with Atlanta Technical College called the Center for Workforce Innovation. So, when I’m talking to Ed Bastian of Delta Airlines, and he says: we have 10,000 mechanic jobs that will need to be filled over the next five years, and I’ve got to go to Alabama to get them. We’re saying: we can train these people, right here in Atlanta. We’re talking with the CEO of Georgia Power, who said: I’ve got linemen jobs that will pay six figures, I don’t have anybody trained. We’re now able to begin training people for those jobs.

Ryssdal: Is this is job what you thought it would be when you were running?

Lance Bottoms: I have come to reconcile with myself. I didn’t think a lot about the job, I was so focused on winning. I can’t say that I really had any expectations. There are a lot more surprises, if that makes sense. Who prepares you for the largest cyber-attack in municipal history in the country? Three months in, our whole city network was taken down. So that didn’t have anything to do with knowing what to expect. That just had to do with my bringing my common sense to the table which, a lot of days, is all you have to rely on.