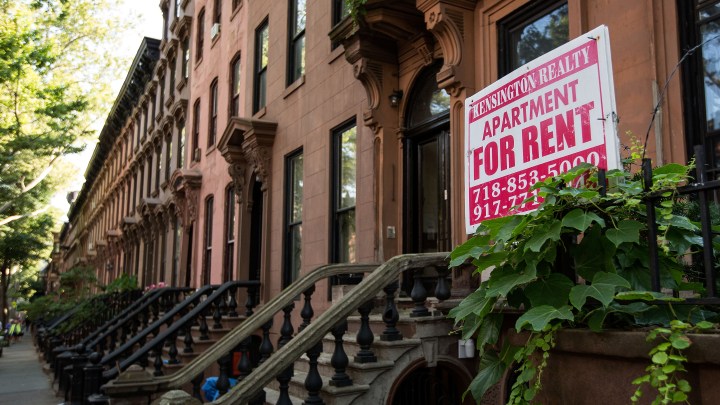 One thing this pandemic has revealed is just how critical housing is.

And helping people stay in their homes will be at the top of the list for a new secretary of Housing and Urban Development, she said.

“The number one priority is going to be the response to this pandemic and the health crisis that has now also become a housing crisis for millions of people that are facing, potentially, eviction and foreclosure next year,” she said.

As President-elect Joe Biden’s picks for key Cabinet positions continue trickling out, one question is who will replace Ben Carson as secretary of HUD. Several names have been floated, including Rep. Karen Bass, head of the Congressional Black Caucus; Diane Yentel, president of the National Low Income Housing Coalition; and Atlanta Mayor Keisha Lance Bottoms.

Whoever the choice, the incoming Biden administration will face a deeper affordability crisis, and there’s only so much it can do. Expanding housing assistance for low-income people would require Congress to act, and many of the barriers to building affordable housing are local.

The Biden campaign has pledged take on what’s known as exclusionary zoning — building rules that only allow single-family homes in certain areas or large lot sizes.

“When you do that, then you essentially ensure that it’s really quite difficult, if if not impossible, to build housing that is affordable to lower-income households,” said Edward Goetz, a professor of urban and regional planning at the University of Minnesota. “This will have then a disproportionate impact on people of color, because the income distribution in the United States is skewed by race.”

“The problem is that the most exclusionary jurisdictions tend to also be very high-income jurisdictions, where these federal grants may mean less to local elected officials and to the community, in general,” said Emily Hamilton, who researches housing policy at George Mason University’s Mercatus Center.

Even a divided Congress may find some common ground on housing. Earlier this year, the House approved the bipartisan Yes in My Backyard Act, which would encourage local governments to lift barriers to construction.