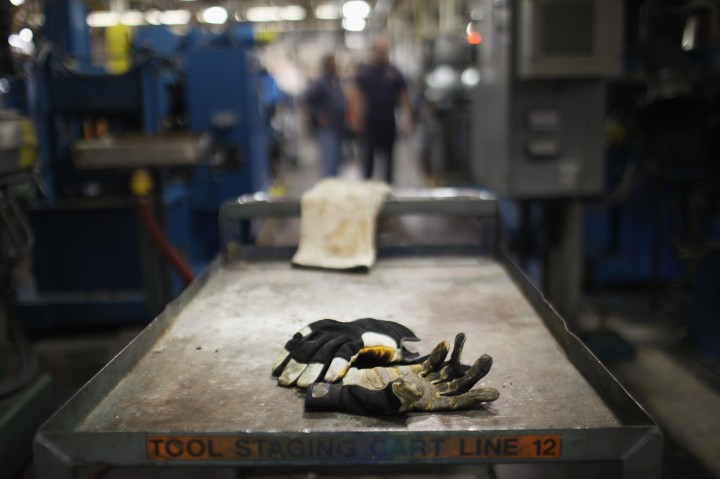 Intelligent machines are increasingly vital to our workplaces. While most jobs done by human workers cannot be entirely automated, a 2017 study by McKinsey & Company found that the majority of jobs are going to change significantly due to technological advances.

For some local economies, that means innovation and economic growth. But many already lagging economies in the U.S. will fall further behind, according to McKinsey’s 2019 report on the future of work in America.

“There’s going to be an increasing separation between winners and losers geographically, in the U.S., unless there are interventions to change that,” said Katy George, a senior partner at McKinsey.

The struggling areas have workforces that aren’t prepared for the rapid changes in how we work. According to George, it’s a lot more complicated than a rural-urban divide.

“There are cities that have a lot of momentum and there are also cities that are trailing. Similarly, you see some rural areas that have found a way to continue to modernize the skill sets of their local workforces,” said George.

Tomorrow’s workplace will require people in all industries to use digital technologies, data and analytics in new ways in order to perform their existing jobs.

But interpersonal skills will remain crucial as companies connect with their suppliers, customers and competitors in new ways.

“There’s a premium on people being able to make those connections, to build those networks, and to create new business models,” said George.

The report also predicts an increase in the need for people with managerial skills.

In manufacturing, adapting to the age of automation doesn’t necessarily mean fully automating production. McKinsey identified 26 manufacturing sites that stand out as innovators in adopting emerging technologies to create real benefits for the company’s bottom line. They found that the most innovative companies are using robotics to augment existing human workers and relieve the most physically taxing parts of their jobs.

Only two of those 26 top innovators are based in the U.S.

To improve the competitiveness of American manufacturing, George points to the opportunity for both government and private sector investing.

“Certainly, reskilling the workforce is key,” said George. “We also know that some parts of the sector have been slow to invest in new technologies.”

George said that’s partially because those investments don’t always pay off right away. The next step is figuring out how to invest in new technologies in a way that creates real and sustainable returns.