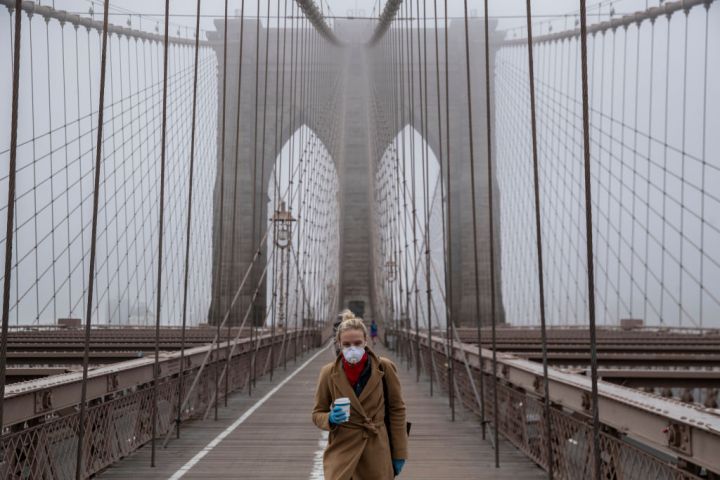 What a difference a few months can make in this COVID-19 economy. Back in spring and early summer, people around the developed world were getting vaccinated at a decent clip, economies were reopening, people were getting back to work.

Then the delta variant started spreading, overwhelming health care systems, clogging supply chains and raising prices, taking some wind out of the sails of the global recovery.

Now, we’re not likely heading back into another global recession, but there are signs of cooling both here and in other major economies — the United Kingdom, the European Union, China and Japan.

A few months ago, a lot of economists saw a clear path to global recovery paved by vaccination and stimulus from governments and central banks.

Neil Shearing at Capital Economics was one of them. Now, he’s not so sure.

“In a number of the world’s major economies, it’s pretty clear now in the latest data, that the recovery is running out of steam — particularly true of the U.S. and the U.K., but it’s also true of China,” Shearing said.

Shearing has cut his quarterly growth forecast for advanced economies in half.

“The most likely outcome is that growth slows rather than the recovery stalls altogether or even goes into reverse. The wild card, of course, is if we get another variant like the delta variant that’s perhaps even more virulent,” Shearing said.

The delta surge has depressed consumer confidence and spending in the developed world.

But in the developing world, the economic impact is much worse, said Adam Posen at the Peterson Institute for International Economics.

“It’s about the disease — full stop. Not having vaccines, not having health care. It’s just a cloud over your economy for a long time,” Posen said.

But Columbia University political economist Sharyn O’Halloran said those problems will likely get worked out, in time, as international businesses try to deal with the risks the pandemic exposed.

“What we’ll have to change to — and this is what you are seeing happening — is not only are you going to have a hub of production in China, you’re now seeing increasing production coming into Mexico, Europe and Southeast Asia, and so forth,” O’Halloran said.

In other words, make sure we have multiple suppliers for raw materials, parts and finished goods all over the world. O’Halloran said it’s crucial to not only deal with the pandemic, but increasingly frequent climate disasters as well.