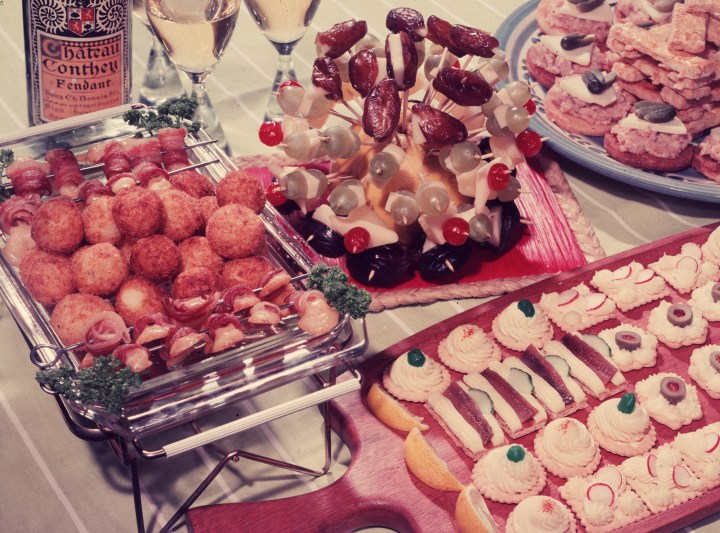 The following is an excerpt from “American Cuisine: And How it Got This Way,” by Paul Freedman. Mr. Freedman appeared on “Marketplace” for an interview about his previous book, “Ten Restaurants that Changed America.”

Ernest Dichter, a psychologist who worked with advertising companies, first used “creativeness” in the 1950s to describe convenience products marketed to women. These recipes and styles would save time yet provide a feeling that you were cooking original dishes rather than simply combining and heating prepared ingredients. The impetus to identifying this food category was a combination of the perceived need for convenience and the desire to avoid boredom. Dichter offered a simple syllogism:

Rather than just opening a can of beef stew or heating up frozen peas, you could add “personal touches” such as red wine and parsley to the stew or bacon bits to the vegetables. From the housewife’s point of view, the result would be attractive and easy; from the food company’s perspective, it promoted convenience products that carried a relatively high profit margin.

“Creativeness” solved a somewhat different problem from that dealt with by the nutritionist movement fifty years earlier. Creativity meant frivolity, lack of tradition, and a fondness for unusual (or at least previously unknown) combinations. The genteel form of creative cuisine elaborated before the Second World War included gelatin salads, marshmallows, and decorating with mayonnaise and whipped cream. In the 1930s, the ladies’ lunch aesthetic gave way to Depression frugality, but hard times did not in any sense diminish innovation, they just made it inexpensive. The federal government’s Bureau of Home Economics recommended recipes using extremely basic ingredients, such as whole wheat or dried prunes, and processed cheap products. “Whole Wheat, Fish, and Tomatoes” was made with canned fish, canned tomatoes, celery, pepper, and cooked whole wheat. Canned beans could be disguised as stuffing for baked onions or cooked and crushed into patties and fried to resemble croquettes. Among the memorable dishes of the Depression is Mock Apple Pie made with Ritz crackers. This endured as a folk memory long after these crackers were no longer cheaper than using apples. In my childhood, the 1950s and 1960s, everyone my age knew what Mock Apple Pie was, and the recipe was still on the back of the package, but no one had ever tasted it and none of my friends was particularly eager to do so.

There are, therefore, three eras of creativity: 1900– 1930, when dainty home economists’ recipes attempted to make food fun as long as it was bland and healthful; the Depression and World War II, by which time processed foods such as canned meat and fish or powdered mixes were less expensive than fresh ingredients; and finally the postwar era of higher standards of living coupled with a perceived pressure of time for work, family, and active leisure. The forms of creativity had different goals and leaders: diet reform advanced by professional nutritionists in the first period, economic uplift provided by the federal government in the 1930s, and sales growth for food companies in the 1950s and 1960s.

The third wave actually consisted of two parts, one that was called “glamorizing,” or making processed ingredients into dishes that passed muster as “gourmet,” and a less pretentious but also less traditional form of adding enough “personal” touches so as to render the results unrecognizable. Glamorizing performed homage to high-end specialties: adding wine to prepared meat or liqueur to ready-made desserts, setting things on fire to imitate an imagined French or Continental haute cuisine. Use of a relatively expensive ingredient in convenient form, such as canned crabmeat or frozen shrimp, gave a better impression than an obvious convenience product such as frozen fish sticks. Canned crabmeat featured in a House Beautiful recommendation that also involved canned cream of mushroom soup, cream of tomato soup, sherry, and curry powder. “It’s as gourmet as anything,” the magazine said, “yet it can be put together in about ten minutes.”

From the housewife’s point of view, the result would be attractive and easy; from the food company’s perspective, it promoted convenience products that carried a relatively high profit margin.

In a different class were recipes for dishes that were outré, inexpensive, and devoid of reference to any European gourmet tradition. Casseroles made from leftovers with cream of mushroom soup as the binder have maintained their fame, or infamy, across the decades. Canned fruit cocktail with some addition such as coconut flakes is another classic. In fact, however, the border between upper and lower categories often blurred. A 1963 recipe put out by Minute Rice was given the distinctly low- brow name “Chicken à la Can Can” because it called for cans of condensed chicken soup, cream of celery soup, and French- fried onions. The advertisement, however, claimed the dish was “French, fancy, and flavor- filled,” thus advancing a quasi- gourmet claim.

The outstanding example of the having-it-both-ways view of gourmet convenience is Poppy Cannon’s “The Can-Opener Cook Book” of 1951. On its front cover, the book presents itself as “a guide for gourmet cooking with canned or frozen foods and mixes.” In the early 1950s, Cannon was food columnist for Mademoiselle, a publication directed to women in their late teens and early twenties. Its target audience was looking for love and marriage, but also independently minded and adventurous. Cannon was an upbeat advocate of modern, processed food products adapted to the life of a young woman who wanted to attract guys without learning very much about cooking. Vivi, one of her made- up heroines, had never considered “whipping around in the kitchen” worthwhile, but after becoming starry- eyed over Tommy, she found out how to put together gourmet meals with the aid of products like Underwood purée mongole (split pea and tomato soup) and La Touraine’s canned baba au rhum.

Excerpted from “American Cuisine: And How it Got This Way.” Copyright © 2019 by Paul Freedman. Used with permission of the publisher, Liveright Publishing Corporation, a division of W. W. Norton & Company, Inc. All rights reserved. 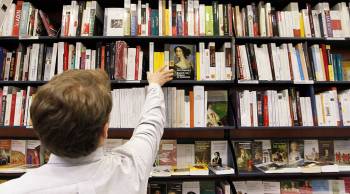