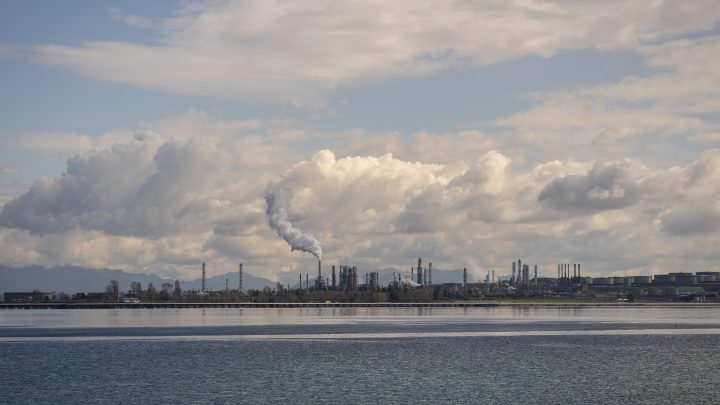 COPY
High oil prices may not affect the U.S. like they used to. We produce a lot of the commodity ourselves, and many households are flush with savings. David Ryder/Getty Images

High oil prices may not affect the U.S. like they used to. We produce a lot of the commodity ourselves, and many households are flush with savings. David Ryder/Getty Images
Listen Now

As of Tuesday, Russian oil is no longer welcome in the United States. President Joe Biden announced a ban on Russian energy imports and the U.K. is following suit, although it’s planning a more gradual phase-out by the end of the year.

Even though Russian oil accounts for only 8% of U.S. imports, Biden acknowledged the economic pain wouldn’t be limited to Russian leader Vladimir Putin. U.S. consumers have already been feeling the impact of high global oil prices. AAA reported the average price of a gallon of gasoline was $4.17 Tuesday, the highest on record.

But this time may be different.

It seems like every time there’s a shock to the oil market, the U.S. economy face-plants. “There’s a remarkable correlation over history of recessions being preceded by increases in oil price,” said Jeff Frankel, a former economic adviser to Presidents Ronald Reagan and Bill Clinton.

According to Frankel, correlation was more causation back in the ’70s. Turmoil in the Middle East led to soaring gas prices and shrinking disposable incomes.

But the U.S. energy infrastructure has changed a lot since then, he said. “We used to be a net importer of oil, and now we’re roughly in balance. We export oil and natural gas,” he said.

That means states like Texas will boom when energy prices are high, and the U.S. can ramp up domestic production to tide us over.

Though it seems counterintuitive, the pandemic has made American consumers less vulnerable to a major energy shock, said Eric Freedman at U.S. Bank Wealth Management.

“One of the things that is a positive coming out of the pandemic is some level of savings that people have been able to store up,” Freedman said. U.S. households have more than $2 trillion in pandemic savings they can use to weather $4- or $5-a-gallon gas prices. Credit that to unspent stimulus checks, postponed vacations and other delayed purchases.

Plus, a huge chunk of the workforce is still remote or in some hybrid arrangement. “There certainly is a cohort that will not be as susceptible to price increases at the pump,” Freedman said. Of course, many people can’t work from home.

“For people on low incomes who don’t have savings to dip into, there’s going to be an unambiguous hit,” said Ian Shepherdson at Pantheon Macroeconomics.  Especially when everything besides gas feels like it’s going up in price too.