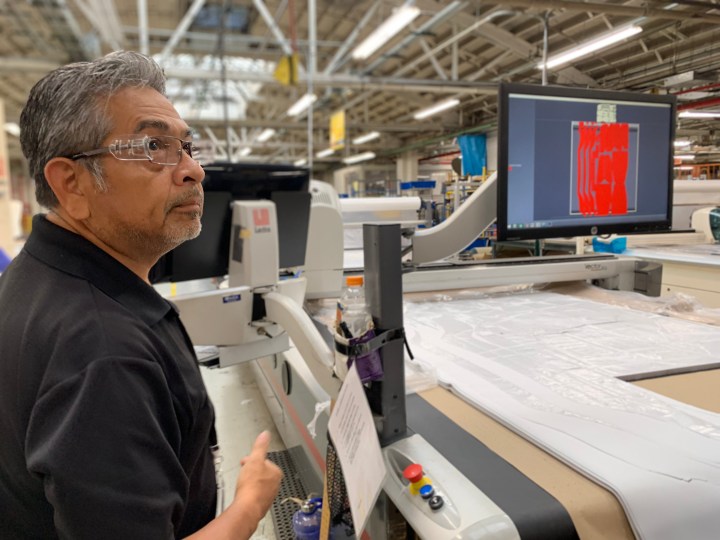 Decades ago, manufacturing was king in Chicago. In 1960, more than one third of Chicago area residents worked in the industry. Today, about 11% in the six-county region do.

Meanwhile, the unemployment rate in some Chicago neighborhoods is as high as 30%.

Although many factories in the city have shut down or moved away over the last several decades, manufacturing is not dead. In Chicago and across the country, there are many factory jobs — and some employers are facing a worker shortage.

The first barrier, according to chief executive Craig Freedman, is a skills gap. Although many entry-level jobs in manufacturing don’t require a college degree, workers need solid reading and math skills to read blueprints and run computer-operated machinery.

“Some of the basic skills that you would think, or hope, that the public schools system would handle, is not necessarily [being handled],” Freedman said. He added that many workers lack what he called “soft skills.”

“It’s really work readiness,” he said. “Showing up every day, knowing they have to be here on time, not being on their cell phones while they’re at work.”

“You got jobs over [there], and you got people over here,” said Teresa Córdova, director of the Great Cities Institute at the University of Illinois at Chicago and the author of a report on the mismatch between the jobs and the unemployed workforce in Chicago.

Rauschenberger has suggested that companies hire in pairs so workers can carpool — or even lease a car for employees for a year until they’re in a better place to buy their own.

But transportation and the skills gap aside, industry insiders say manufacturing also suffers from an image problem.

“I can see where the PR problem comes from,” Freedman said. “Manufacturing used to be dark and dirty and dingy, and people got hurt all the time in serious injuries.”

Today, he noted, the industry is high-tech, high-skilled and high-paying. According to the U.S. Bureau of Labor Statistics, manufacturing workers earn an average of about $28 per hour. That’s between $8 and $10 dollars more per hour than the average for retail or hospitality service jobs.

“I’ve spent years trying to bang my head, pound my fist, getting that point across that there are solid, middle-class career paths in manufacturing,” Freedman said.

Córdova said that to attract and train more workers in manufacturing, the Chicago area needs a regional industrial policy.

“It needs to be an effort that comes from a range of sectors — it’s gonna take the whole village and more,” she said, adding that government, industry, the education system and nonprofits need to come together to form a comprehensive plan.