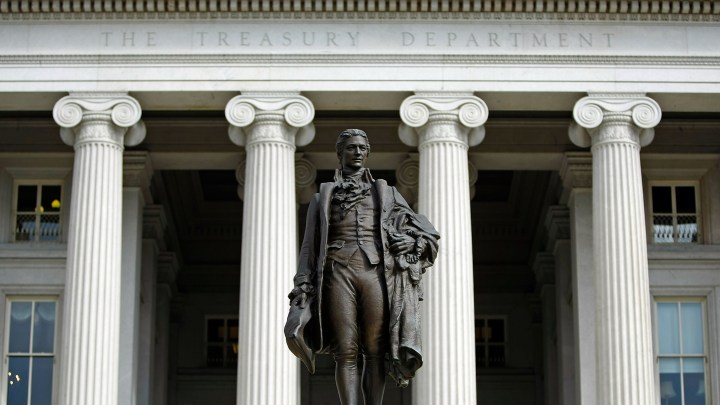 Today’s trillion-dollar federal budget deficit is triggering concern among many economists, who argue that in a long expansion the deficit should be shrinking and that companies and individuals should be paying more in taxes.

But they’re not, because of the 2017 Trump tax cuts and increased military spending, according to Linda Bilmes, a budget scholar at Harvard’s Kennedy School of Government.

A trillion-dollar deficit made more sense in 2012, given the U.S. economy was clawing out of the Great Recession, said Zach Moller, deputy director of the center-left think tank, Third Way. Government spending naturally rose, as struggling individuals tapped unemployment insurance and other federal programs. Congress also passed a massive fiscal stimulus, Moller pointed out. In the meantime, many people were making less money and paying less in taxes.