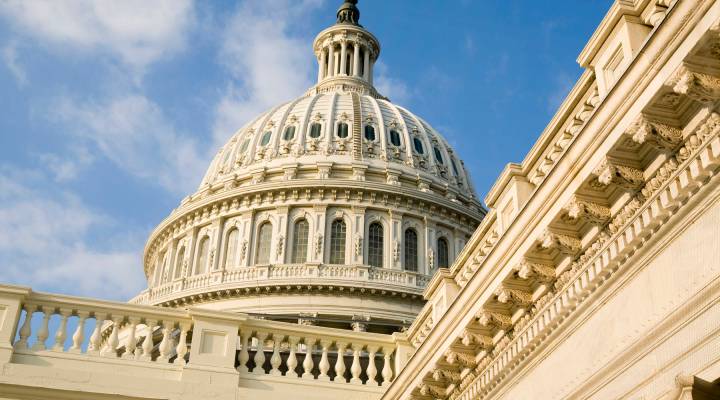 WASHINGTON (AP) — The combined effect of President Donald Trump’s tax cuts and last month’s budget-busting spending bill is sending the government’s budget deficit toward the $1 trillion mark next year, according to a new analysis by the Congressional Budget Office.

The CBO report says the twin tax and spending bills will push the budget deficit to $804 billion this year and just under $1 trillion for the upcoming budget year.

CBO says economic growth from the tax cuts will add 0.7 percent on average to the nation’s economic output over the coming decade. Those effects will only partially offset the deficit cost of the tax cuts. The administration had promised the cuts would pay for themselves.

Instead, the report estimates that the GOP tax bill, which is Republican-controlled Washington’s signature accomplishment under Trump, will add $1.8 trillion to the deficit over the coming decade, even after its positive effects on the economy are factored in.

The report paints an unrelentingly bleak picture of federal deficits, which would permanently breach the $1 trillion mark in 2020 unless Congress stems the burst of red ink. The government would borrow about 19 cents of every dollar it spends this year. Deficits would grow to $1.5 trillion by 2028 — and could exceed $2 trillion if the tax cuts are fully extended and if Washington doesn’t cut spending.

Republicans controlling Washington have largely lost interest in taking on the deficit, an issue that has fallen in prominence in recent years. Trump has ruled out cuts to Social Security and Medicare, and Capitol Hill Republicans have failed to take steps against the deficit since Trump took office.

With conservatives complaining about the $1.3 trillion catchall spending bill — which blew through previous budget limits by $300 billion over this year and next — House GOP leaders have scheduled a vote this week on a proposed amendment to the Constitution to require a balanced federal budget. The vote is sure to fall well short of the two-thirds required to pass and is being rushed to a vote without hearings or committee debate. The White House is also likely to propose rolling back some of the domestic spending increases in the government-wide funding bill.

“The CBO’s latest report exposes the scam behind the rosy rhetoric from Republicans that their tax bill would pay for itself,” said top Senate Democrat Chuck Schumer of New York. “The American people deserve a Congress that is focused squarely on helping the middle class, not patronizing Kabuki theatre — like sham ‘balanced budget’ votes — from Republicans who blew up the deficit to benefit wealthy special interests.”

Republicans are unlikely to pass even a nonbinding budget blueprint, instead opting to take a pause in the heat of election season.

“Without question, we have challenging work ahead,” said House Budget Committee Chairman Steve Womack, R-Ark., who promised he will be “working with my colleagues in the days ahead to craft a responsible budget plan.”

But any genuine effort to curb spending is a nonstarter this year. House GOP plans to impose cuts on programs like food stamps haven’t gotten started yet — and appear sure to fail — and the idea of cutting popular federal programs like Social Security, Medicare and Medicaid, which comprise much of the budget, is a political nonstarter.

Many economists believe that if deficits continue to rise and the national debt grows, government borrowing will “crowd out” private lending and force up interest rates. And if interest rates go up, the government will have to pay much more to finance the more than $14 trillion in Treasury debt held by investors.

The new report predicts the economy will grow by 3.3 percent this year but that gross domestic product will drop to 1.8 percent by 2020. It also warns that interest rates on government borrowing will also spike, with the benchmark 10-year Treasury note averaging a 3.0 percent interest rate this year and 3.7 percent next year.

The nation’s $21 trillion debt would spike to more than $33 trillion in after 10 years, with debt held by investors spiking to levels that would come close to equaling the size of the economy, reaching levels that many economists fear could spark a debt crisis.