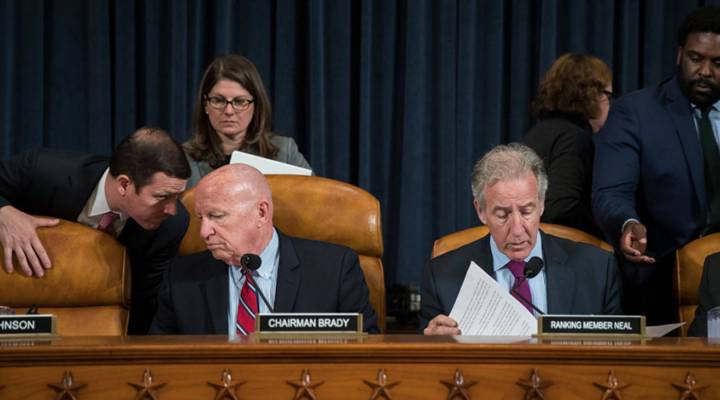 The Congressional Budget Office said Wednesday the Republican tax  plan would add $1.7 trillion to the deficit over 10 years.  That’s more than the $1.4 trillion the GOP had originally estimated,  and more than the budget resolution clearing the way for a revamp of the tax code allows.

This has some people worried about what this plan might do to the national debt. According to the CBO, “As a result of those higher deficits, debt … would be about 6 percent greater, reaching 97.1 percent of gross domestic product.”

The Department of the Treasury tracks the national debt, which is already climbing past $20 trillion. That’s 20, with 12 more numbers after it. It was enough to give New Yorker Michael Micale sticker shock.

“I’ve never seen so many numbers put together like that before,” he said when shown the tally. “I’d rather not think about it.”

Republicans in Congress would probably prefer their constituents didn’t think about it either, especially since the deficit that would be created by the GOP tax plan seems to get bigger with every new estimate.

Deficits, when they don’t get paid back, get added to the national debt. It’s rare the federal government doesn’t run a deficit. David Primo of the Mercatus Center compared the relationship between debt and deficit to the filling of a bathtub.

“The water in the tub is the national debt, and the water flowing into the tub is the deficit any given year,” Primo said. “And you can keep filling that tub, and you may not notice the water level affecting you, but eventually, that tub is going to overflow, and then you’ve got a problem on your hands.”

Growing debt can push up interest rates, which can make home loans and credit more expensive, as well as trigger inflation. Plus, paying interest on the debt can potentially mean less money for other priorities, like infrastructure, education or health care.

But economist Stephanie Kelton at Stony Brook University argued deficits and debt serve an important role in the economy. Using the bathtub analogy, she said to imagine a line in the tub representing full employment.

The Trump administration, as well as many economists, say government spending, even deficit spending, can give the economy a jolt. Supporters of the GOP tax plan say even though it adds to the deficit, it will boost the economy and create jobs.

“The question for me,” Kelton said, “is are the Trump tax cuts … the kind of cuts that are going to go to people who, when they get the extra disposable income, are going to go out and buy something … to help create new demand, new employment opportunities for people?”

Or will people who get a break on their taxes just hold on to the savings?

Tax cuts funded by deficit spending join entitlement programs that regularly run into the red when it comes to raising the debt, adding to a bill future taxpayers will have to pay. Fiorella Riccobono, a junior at Florida State University, uses social media to try to get her fellow students to care about the national debt.

“If we start worrying when we start feeling it, it’s too late,” she said. Riccobono said she plans to start her own business after college, and “I want to enter into a workforce where the economy is thriving, and having an unsustainable federal spending track puts that all in jeopardy. No one’s going to want to invest in a new business … when the economy isn’t in a strong place.”

So she wants Congress to get the flow of water into that bathtub under control.