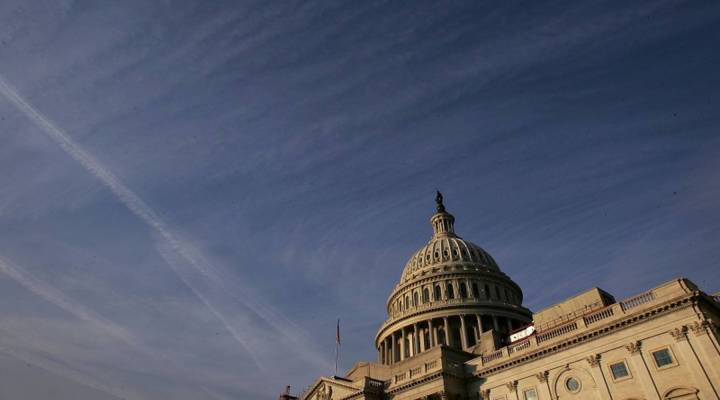 The nonpartisan Congressional Budget Office released its 2018 Budget and Economic Outlook Monday. The report usually comes out in January, but the CBO took some extra time to factor in the consequences of the recently passed tax law. Those consequences were significant indeed, pushing up the date when the United States will return to trillion-dollar annual deficits, as well as the date when American debt gets close to matching gross domestic product.

“Projected deficits over the 2018-2027 period have increased markedly since we issued our last budget and economic projections in June 2017,” said CBO Director Keith Hall in a statement released with the report.  “The increase stems primarily from tax and spending legislation enacted since then — especially the 2017 tax act, the Bipartisan Budget Act of 2018, and the Consolidated Appropriations Act, 2018.”

Here are five things to know about the CBO’s latest report:

The CBO predicts that for the next couple of years, the deficit spending that pays for the tax cuts and the recently passed spending bill will help juice the economy, bringing the United States to 3.3 percent growth this year and 2.4 percent in 2019. After that, things taper off to an average of 1.9 percent.

Assuming no laws affecting spending change between now and 2028 (unlikely), “the federal budget deficit grows substantially over the next few years,” said the CBO. “We estimate that the 2018 deficit will total $804 billion, $139 billion more than the $665 billion shortfall recorded in 2017.” Those deficits will hit the trillion-dollar-a-year mark by 2020. Those shortfalls get added to the national debt.

3. If you’re a deficit hawk, the charts are really scary.

If things go as the CBO predicts, by 2028, the national debt will reach 96 percent of gross domestic product, the entirety of our economic output. That assumes the individual tax cuts set to expire in 2025 actual do, which many members of Congress want to avoid. If they are made permanent, that debt jumps to more than 100 percent of GDP by 2028.

4. Debt is fine in principle, but has consequences.

We pay for our national debt by selling treasury bonds, which are generally in pretty high demand on the global market.

“As long as we can keep rolling over that debt, the economic consequences aren’t huge,” said Benjamin Page of the Urban-Brookings Tax Policy Center.

However, as debt increases, investors might be more hesitant to buy, said Patricia Tong of the Rand Corp.

5. There’s not much wiggle room in the budget.

According to Josh Sewell at Taxpayers for Common Sense, this kind of debt “takes away an opportunity to respond to a crisis through economic stimulus.” In a crisis, he said, the government would struggle to raise money for an influx of cash into the economy, or to pay for something like a war or natural disaster. Not to mention, Sewell said, “the demographic wave that’s about to crash into Social Security and Medicare” of aging baby boomers who will start withdrawing more from the programs than taxpayers are putting in.

An Overview of the Budget and Economic Outlook: 2018 to 2028 from Congressional Budget Office