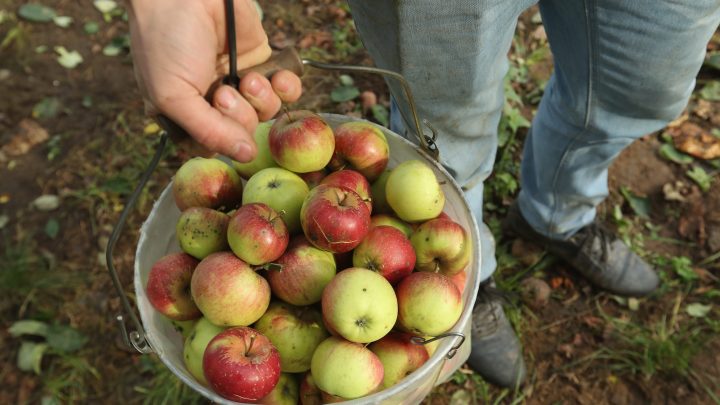 Like many American farmers, Smith’s been hit by Chinese tariffs. But tariffs from Mexico and India are actually affecting his business more. He told Marketplace’s Kai Ryssdal that exports were down around 30% last year. That’s driving Smith’s prices down, especially for apples.

Now that harvest season is underway, Smith wakes up at around four every morning to spend all day overseeing his harvest.

“I’m so busy with everything else that I’m not as in touch with every ebb and flow of the news cycle,” Smith said, referring to updates on trade tensions. “The distraction has been nice.”