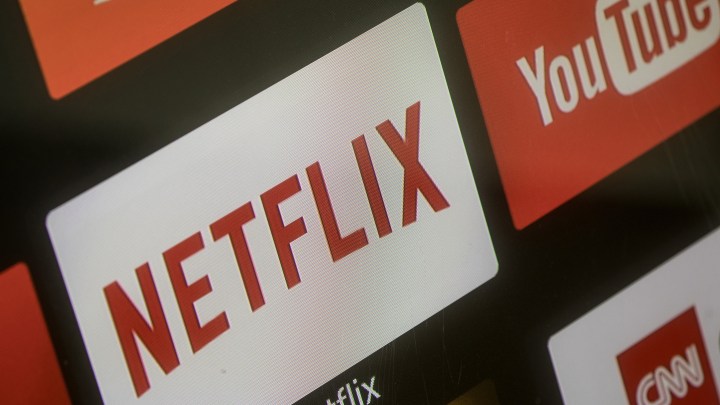 Apple’s new streaming service, Apple TV Plus, is reportedly launching as early as November, starting at $9.99 a month. It joins the likes of Hulu, HBO and Netflix.

But most of these services offer platform-exclusive content, meaning consumers will have to subscribe to multiple services to access to the same mix of content they might have had with one cable package. Will customers end up paying even more than they did in the cable era?

Zach Hampton, a cord-cutter from Salt Lake City, Utah, says he prefers streaming platforms to a traditional cable subscription because they grant him the ability to come and go as he pleases.

“I’m a huge Trekkie, and so I subscribe to CBS and I watch Star Trek when it’s on,” Hampton said. “When the season ends, I kill the subscription until the next year, when it comes on again.”

We spoke with some other Marketplace listeners to find out how they’re feeling about the many streaming services on the market.

Which platforms his family is subscribed to: Netflix, Apple Music

How much he’s paying: Roughly $200 per month, with all streaming services and a cable and internet package included

Why: Mercado and his wife keep Netflix for their kids

Mercado and his wife will become empty nesters this fall, with all four of their children leaving the house. For now, two of his children are still financially dependent. Mercado and his wife pay for Netflix for their kids, using their cable subscription mostly for Showtime and HBO. But they’re considering cutting the cord and using Xfinity’s Flex option to get the services they want. His kids, meanwhile, have student subscriptions to Spotify, which include Hulu and Showtime.

“It’s the Wild West for streaming services,” Mercado said. “I feel like everyone wants to create their own little slice.”

Something that surprised Mercado was how much his children enjoyed one of his favorite shows from when he was younger, “Friends.” But with “Friends” reportedly leaving Netflix at the end of the year for HBO Max, Mercado said his family is just going to sit back and see what happens before subscribing to anything new.

“One of my sons said: ‘I don’t want to subscribe to 20 million services. If I have to do that, I’ll just cancel and wait until things settle down and see where things are at,’” Mercado told Marketplace.

How much he’s spending: Roughly $120 per month; about $45 in streaming platforms, plus $73 for Comcast cable (Stover reports he saved about $7 dollars by bundling internet and cable)

Why: Stover, who has two children, is cautious of what his children watch, pays for Google Play because it is bundled with an ad-free YouTube subscription.

“They see commercials, and it just changes the way they feel about certain things,” he said. “On YouTube, you get a lot of people who are paid to create certain content, so we stopped watching some of those channels because [the children] get influenced by folks on YouTube.”

And although he pays for cable, which he exclusively uses to stream sports, he isn’t ready to cut the cord just yet.

“I do worry that it is going to get over-saturated, and I don’t want to replace my cable subscription with fourteen different cable subscriptions.” Stover said. “If every media company out there tries to take on Netflix by creating their own streaming service, I’m probably going to have to make some decisions about what I want and what I don’t want.”

Why: A few years ago, Alex Kerr decided she was tired of cable. After paying about $75 a month for a bunch of channels she never watched, she decided to cut the cord. It was a hassle.

“They had stapled wires, probably 20 feet, along the baseboards of my house. So it was ripping out the wires, trying not to damage the wall,” Kerr said. “I had to then actually take off time from work to go return the cable box.”

“It kind of creeps up on you and you start finding other services that you want and suddenly it’s, ‘OK, so I’m spending $40 or $50 a month,’” she said.