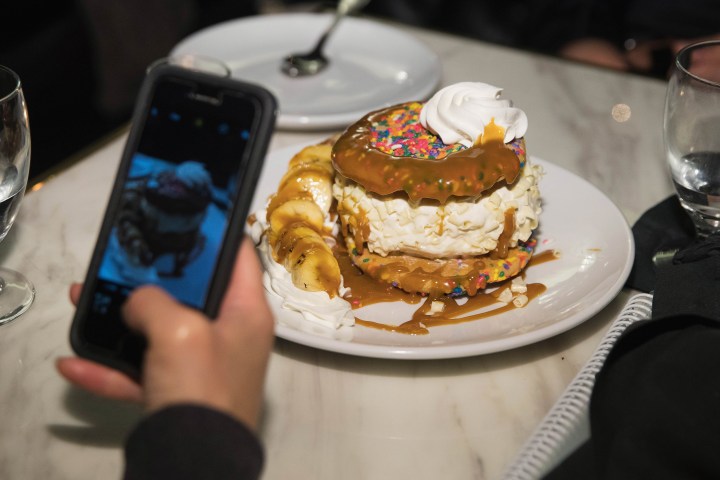 August 2 is National Ice Cream Sandwich Day, the day the treat may have been invented more than a century ago. Ice cream lovers have been savoring the the sandwich since at least the late 1800s, when long lines filled the streets of New York City. They were first sold for a penny and have been big business ever since.

“You had to have exactly a penny because they didn’t have time to make change,” said Devra First, food writer for the Boston Globe. “They were making them so fast because everyone wanted one.”

First spoke with Marketplace host Kai Ryssdal about her reporting on the legacy of the sweet staple, from the 19th century to the digital age.