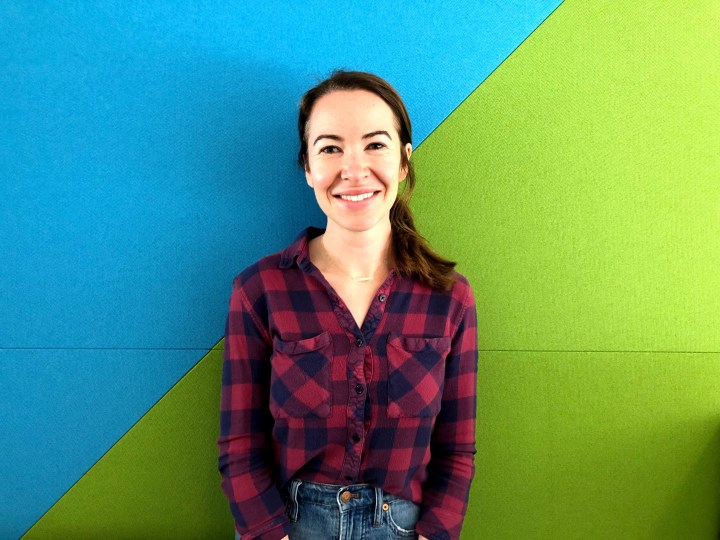 “Booksmart” is a film about two high school best friends who’ve aced all their academics so that they can get into great colleges. On the day before graduation, they realize that some of their classmates, who didn’t try as hard, also got into great colleges. So the pair try to cram all of the partying they missed into one unforgettable night.

Katie Silberman is a writer and producer on this coming-of-age buddy comedy. Marketplace host Kai Ryssdal spoke to her about the process of getting this script onto the big screen and how the timing was right.

Kai Ryssdal: Tell me how you came to make this movie now? As I understand, this script has been bouncing around Hollywood for a long time.

Katie Silberman: Yes. This script was originally written in 2009 by two very talented writers, Emily Halpern and Sarah Haskins. And then a few years later, in 2015, another really talented writer named Susanna Fogel came on and did a version of it, the same core idea, but kind of reimagined the story. I first heard about it in 2017. I heard that Annapurna [Pictures] and a production company called Gloria Sanchez, which is run by Jessica Elbaum, Will Ferrell and Adam McKay, were taking their attempt at cracking this story, and they had Olivia Wilde attached to direct. And that is the dream team. I was so excited about the potential to get to work with those people.

Silberman: Yes, she’s directed some music videos and a short film, but her first feature debut. Which stunned everybody, everyone on set assumed it had been her 101st movie. She took to it so naturally.

Ryssdal: That’s cool. And an actress by training, right? Used to be on the medical show, help me out …

Ryssdal: House, thank you. For those who don’t know her. OK, so am I wrong if I described this movie as a “buddy film?”

Silberman: No, that’s exactly how we described it when we developed it. We wanted to make a real female buddy comedy because we didn’t think that we had seen enough stories where two women — two smart women but very different women — were able to center that story together.

Ryssdal: And, also, a little bit of a coming-of-age tale. I mean, you know, high school seniors.

Silberman: Absolutely, yes. And I think there’s something really significant about — especially for women — if you have a best friend in high school. We talked a lot about how it’s your first soulmate. The first really intense relationship you have. And when you leave high school, when you’re jumping out of that nest, that relationship kind of, for all intents and purposes, ends, it has to change so significantly. And there’s so many movies and love songs about the end of romantic relationships, and we didn’t think there had been a funny story about — that looked at the seriousness, though — of what it’s like when that first friendship has to shift and change.

Ryssdal: Women stars, on a woman-topic oriented, right, female buddies, written mostly by women — a couple of male producers, but whatever — and directed by a woman. Interesting moment for this to be happening. Do you think this film could’ve happened, you know, 15 or 20 years ago?

Silberman: We’ve been talking about it a lot, how, in many ways, it feels like society had to catch up to this idea. And I don’t think it’s a coincidence, you know, Megan Ellison started a company that was …

Silberman: Annapurna, yeah. And a huge purpose of it was to go out and find female creators and female directors and female talent. Gloria Sanchez is the same way, there. Their motto, their slogan, is that they were trying to tell these female comedic stories.

Ryssdal: So as you now take this movie out on the road and do the interviews and stuff, people are going to ask you about the idea of being a woman screenwriter on a woman-produced film, starring women, about a woman’s story. Do you get sick and tired of that?

Silberman: You know, I don’t get tired at all of talking about the women who made the movie because they’re all so talented and extraordinary, I could do that for hours. It is interesting how often people want to frame stories like this as “the female ________.” And I understand, because it’s hard to reference other things. So many of these stories, the pinnacle ones that we look at, are about men. But we are trying really hard to frame it in a way where it’s just a wonderful story that happens to center on women. And men love it as much as women, I have three brothers and they’re always my ideal audience, so I’m thinking about them on everything I work on and they love the movie, too. I think that’s really exciting.

Ryssdal: Let me go a little sideways here and talk about being a writer in Hollywood right now, male or female. It’s a little tense. There’s the whole agent disagreement thing going on, it’s challenging now because of peak television. Talk to me about that.

Silberman: You know, it’s a wonderful time to be a writer in that there are so many arenas and different places to tell stories, both in terms of peak television and the kind of movies that are being made, in between streaming services and different kinds of shows. It’s wonderful to see so many new creators being able to put their work out into the world. I think that it’s also exciting how people are recognizing writers in this process, which I think hasn’t always been the case. I think television is a huge part of that, obviously, because the writers shepherd the show from beginning to end. But when I was younger, and I wanted to be a writer, it was hard to find out who had written some of my favorite movies.

Silberman: [laughs] I feel incredibly lucky that I came into the industry at a time, I think, where people were so eager for new voices in a way that maybe hadn’t been in previous times. And because of that, I think writers have been celebrated in a way that maybe, in previous times, hadn’t been. I feel very spoiled by my resumé and the people I’ve been able to work with.