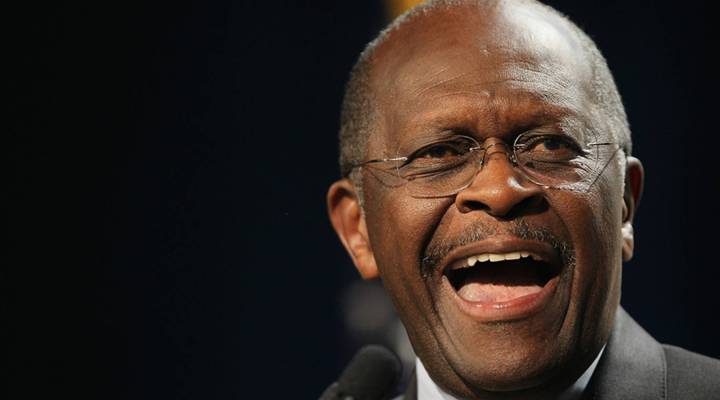 COPY
Herman Cain is a potential nominee to the Federal Reserve Board of Governors. Scott Olson/Getty Images
Weekly Wrap

Herman Cain is a potential nominee to the Federal Reserve Board of Governors. Scott Olson/Getty Images
Listen Now

Controversy is swirling around President Donald Trump’s potential nominations of Herman Cain and Stephen Moore to the Federal Reserve Board of Governors. Are those selections political or partisan? We talk about it with Kate Davidson of the Wall Street Journal.

“The Fed has this very long tradition of independence,” Davidson said. “The president in selecting nominees for the board, that’s a way that the White House does have political influence.”

Click the audio player above to hear their full conversation.