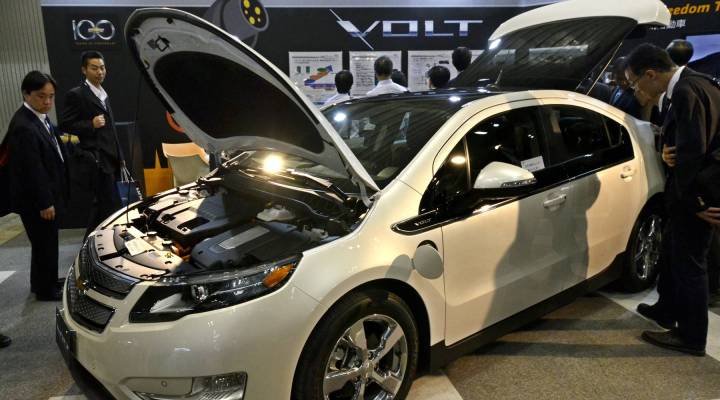 The credit was introduced by Congress in 2008 and expanded the next year to give people an incentive to buy electric. Analysts think the tax credit has worked. The market research firm Ipsos asked U.S. car buyers why they bought electric. “Federal incentive is one of the top reasons cited,” said John Kiser, senior vice president at Ipsos.

There is also evidence that if you take the credits away, people stop buying electric vehicles. Georgia, for instance, used to offer a $5,000 state tax credit to buyers. “Prior to removing it, Georgia was one of the highest electric vehicle sales markets in the country,” said Mike Ramsey, senior research director at Gartner. “And when the state removed it, it quickly and dramatically dropped off.”

Still, Electric vehicles make up less than two percent of the U.S. auto market. “They haven’t really been able to go particularly mainstream before these tax credits are eliminated,” said Jessica Caldwell, executive director of industry analysis at Edmunds. “So it’s kind of like the training wheels aren’t ready to come off quite yet, but they are, whether we like it or not.”

GM is the second automaker to hit this threshold, after Tesla.