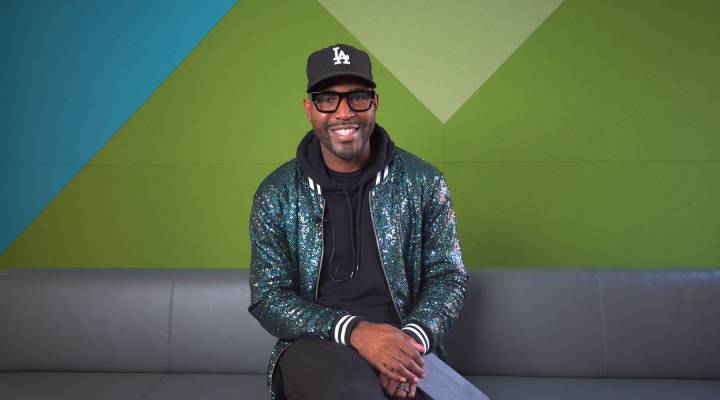 As the “culture expert” on Netflix’s hit series “Queer Eye,” Karamo Brown has a lot of deep conversations. Long before that, though, he was just a kid in Houston, inspired by Ru Paul inspiring people on television. Brown came into Marketplace’s studios in Los Angeles for a conversation with Kai Ryssdal about his career, the show, and his new book, “Karamo: My Story of Embracing Purpose, Healing and Hope.”

“A lot of us learn from other people’s examples,” Brown told Ryssdal. “That’s why shows like “Queer Eye” are so important to us. Because someone living their life shows you a road map of what you can do.”

Brown got his start in reality television on a different show, “The Real World: Philadelphia,” in 2004. Ryssdal asked him about reality TV’s contribution to the fractured nature of society. “I was on a reality show, 15 years ago, where I added to that fractured nature, where I was all about the arguments and no solutions,” Brown said.

“And I then took a 12-year break — let’s be clear about that — where I worked on myself, I went back to being in my career, and I made the decision to come back to television. I decided I can’t go back into this space where I’m adding to the division that we’re feeling in our country. And so it was an intentional choice to make sure that if I was going to be back in TV, that I was going to do things that were going to somehow try to heal and help us to grow.”

You can also watch Brown take the “Marketplace Quiz” — and find out why he says everybody needs the perfect bomber jacket — here:

Click here to read an excerpt from Brown’s book, “Karamo: My Story of Embracing Purpose, Healing, and Hope.”