President Donald Trump said Monday his negotiators had spoken to China about resolving the trade war between the world’s two largest economies.

But China has yet to confirm its participation in the conversation, and the country is still dealing with new rounds of tariffs and Trump’s comments ordering American companies to find business alternatives to China.

“Marketplace” host Kai Ryssdal spoke with Josh Brown, CEO of Ritholtz Wealth Management, about the markets’ strong reaction despite uncertainties. The following is an edited transcript of their conversation.

Kai Ryssdal: Go back, I suppose to Friday with me. There was the back and forth between the president and China, there was the president taking off again after [Federal Reserve Chair] Jay Powell. And then his tweets about ordering companies out of China, and the markets promptly said, “Forget it,” and gave up 2% to 3%. Why? What happened?

Josh Brown: I think that the markets are picking up on something that maybe the political media has been saying for a long time, which is that there really isn’t any rhyme or reason to much of what we see and hear each day. And it’s not just that the tweets seem to have gotten wilder and more unhinged, it’s that there are now more of them. There’s also not really much gravitas coming from the president’s economic or financial advisers. These are not people that have had careers on Wall Street. They’re mostly people that have come from the media. So that exacerbates the volatility that you’re referring to.

Ryssdal: OK, so let’s get to this morning, then. The president, at the G-7 in Biarritz says, “China called. Everything’s going to be fine.” And the futures market went, “Oh, look, everything’s fixed.”

Brown: So I’m not sure that that’s actually what happened. The president lies almost all the time. When we say “the market,” we’re anthropomorphizing something that is really mechanical at this point. So you’ve got people that have big positions on where they’re betting against the market because they think things will get worse. And then a tweet goes out that a thousand different software programs read as being positive. And so technically, a lot of buying comes in from these algorithms. What you’re witnessing is not the average market participant feeling like there’s some kind of a relief. That’s actually not at all what’s going on. There are technical reasons why, even in a down-trending market, there are some really big up days. It doesn’t always have a one-for-one linear explanation like you would find in a storybook where everyone lives happily ever after.

Ryssdal: So look, with the caveat that, of course, you should not check your 401(k) statement every single day or week or even month really, if you’re not Josh Brown, but you’re somebody in middle America someplace trying to get by, what do you make of the signals that, you know, to anthropomorphize it again, the market is sending?

Brown: I think that there should be a lot of humility and especially on the part of professionals, not just a regular person in middle America. In the case of 99.99% of people currently listening to my voice, the best thing to do is often nothing. No unforced errors is probably how they should be feeling, and they should not be trying to ask themselves, “OK, the president just tweeted this and then China just denied it. What’s the trade?” That is a losing question. The longer we can stay invested and not make mistakes, the better things will be even if they seem really dark or confusing at any given moment, like they do right now. 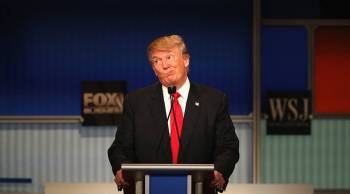 Weekly Wrap: Who cares about a trade war?