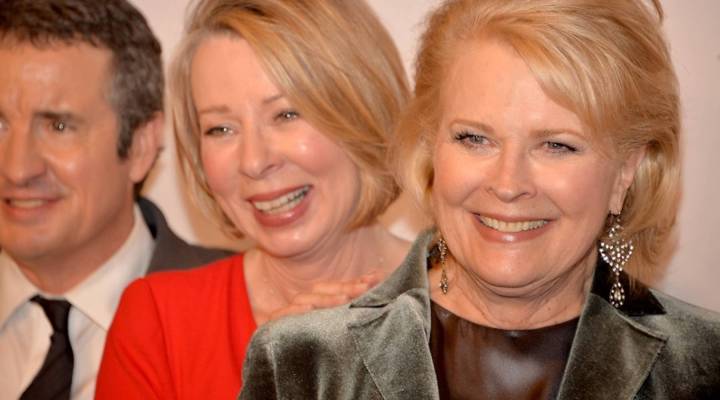 Today, shows like “Orange Is the New Black” and “Girls” are award-winning programs featuring mostly women. But it wasn’t too long ago that shows like these were pretty rare.

In her book, “Stealing the Show: How Women Are Revolutionizing Television,” writer Joy Press looks back at how women, both on the small screen and in the writers’ room, have set the stage for the television shows of today. According to Press, it all can be traced back to 1988, when two groundbreaking shows debuted just months apart from each other: “Roseanne” and “Murphy Brown.”

Marketplace host Kai Ryssdal spoke with Press about her book and how women’s role in television may change in the future. The following is an edited transcript of their conversation.

Kai Ryssdal: You are fairly emphatic in this book. A couple of times — about 2015, you started writing and in 2015 you say that that is — or was, I suppose, since it’s a couple of years ago — an interesting moment in women and television. Explain why.

Joy Press: Well, I think it was one of the kind of recent moments where there were a number of shows kind of created by women that were very female-centric shows, like “Girls” and “Orange Is the New Black” and “Inside Amy Schumer” — a sort of profusion of of really different kind of female-centric shows than we’d seen before, and it felt like there was a critical mass building.

Ryssdal: Let’s go back a little bit before 2015 though. Not not like Lucille Ball and Mary Tyler Moore back, but “Murphy Brown,” Diane English and 1988, which is just amazing that it was so long ago. What was it about that show that made you honestly sort of want to start the book there? I mean, you give Lucille Ball and the rest of them do, but you say, “Listen, here is where it actually starts. Women on television as they live their lives.”

Cover art for Stealing the Show: How Women Are Revolutionizing Television.

Press: I was really fascinated by the realization that “Murphy Brown” and “Roseanne” premiered in the fall of 1988 a month apart from each other, and you had these two characters on television who were absolutely fierce, said what they thought, were funny and angry and aggressive and assertive in very different ways. Murphy Brown was very elite, single working woman who became a single working mom, and Roseanne, who was, you know, the matriarch of this very, very poor middle-American family. And yet the two of them became lightning rods for the culture.

Ryssdal: Tell me about Diane English, the woman behind “Murphy Brown.” I mean, she was, she — no holds barred, man, she just went for it and said what she thought.

Press: She was a very extraordinary figure, and she had created this show that you know might not have happened the way it did if there hadn’t been a writers strike. She created this sort of 40-something woman who was coming back from rehab, had had a lot of problems, and the network I think wanted a younger woman, they wanted. I wanted her to be coming back from a spa. They wanted her to be less unlikable, but the writers strike meant that they had to decide are they going to take it the way Diane English wrote it or are they going to wait? And so they took it.

Ryssdal: I mean, literally, they couldn’t change the pilot, right, because the writers were on strike.

Press: Yeah, they couldn’t change it. They had to take it as written. And that really kind of changed TV history.

Ryssdal: Explain that a little bit, right? That’s actually a great question, which I should have thought of by myself. How did it change history though?

Press: There were very limited ways to be a woman on television. And I think, really, women at that point were still expected to be a little bit less kind of aggressive and angry. And she was really an avenger. I mean, her job was, you know, to go after corporate bad guys and, you know, government cheaters. I mean, it feels like we could really use her right now.

Ryssdal: That phrase is really interesting, “how to be a woman on television,” because so much of it was sanitized.

Press: Yes. And frankly that was the thing that really surprised me as I was writing this book because I bring it up to the present, and over and over again, I mean, as recently as, you know, three, four years ago, TV writers were still being told,”Uh, we don’t really want to have a woman do that,” or “Oh, people won’t like that character.”

Press: It’s crazy. Well, even if you come up to the present, I have people say to me, “Why do I hate Lena Dunham so much? I can’t stand the way she behaves.” Part of it is we really have a lot of opinions about, you know, how women behave and what they look like. Anything that steps too far out of the norm makes us really uncomfortable.

Ryssdal: What do you make, just to bring back to where we started, what do you make of the fact that “Murphy Brown” and “Roseanne” are being rebooted now in 2018?

Press: In some ways it seems perfect. For the industry, it’s nostalgia for those days when you could get everyone to watch.

Ryssdal: Of course, the catch is now it’s so fractured out there in television and streaming services that you know you’re never going to get those numbers.

Press: You’re never going to get those numbers. But of course, it’s the same with a franchise film where you know getting the name recognition and cutting through is part of the deal. And I think in this sort of post “MeToo” moment, having these women who speak truth to power feels pretty exciting.