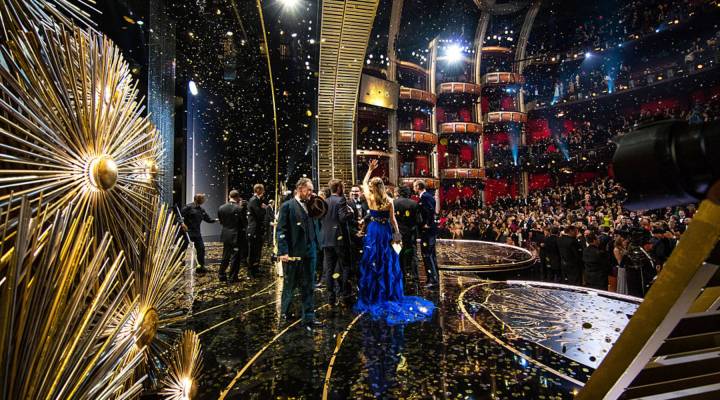 The 91st Academy Awards, Hollywood’s biggest star-studded night, is this Sunday, Feb. 24. All 3,400 seats at the Dolby Theatre are expected to be filled as nominees in 24 categories vie for one of the most coveted awards in Tinseltown: an Oscar.

This ritzy, televised affair doesn’t just look expensive, it is: WalletHub’s 2019 Oscars Facts report said the total cost of the Oscars ceremony is $44 million. But the Academy of Motion Picture Arts and Sciences, the host of the event, makes that money back and then some. In 2015, the organization reported $109 million in profit from the event alone. The year before, it was $97 million.

The academy isn’t the only entity that profits from the award ceremony. WalletHub’s report shows that the city of Los Angeles sees an economic boost of $130 million from the event. Movie studios and actors can also see financial boosts for being nominated and especially for winning.

So those expenses that nominees and movie studios can be expected to shell out for the big night are often worth it. With the $24,700 red carpet set up and ready to be paraded on, we took a look at some of those costs.

For the average Joe Shmoe, the Oscars is not an event you can just attend. Even if you’re one of the 8,000 plus academy members, it’s not easy to snag a seat. That’s mainly because there aren’t enough seats. Each nominee receives a pair of tickets and can request more if they wish. The movie studios also get a rather large chunk of real estate in the theater. What’s left, which is generally a few hundred seats, are given away in a lottery system to members.

Still, even with an invite, having a seat at the award ceremony isn’t free. Depending on proximity to stage, seats can range from $150 for the nosebleed section to $750 for orchestra seating.

Despite some controversy around the practice, you can expect the red carpet hosts and paparazzi asking the quintessential question to each big celebrity: Who are you wearing?

Although costs can vary significantly depending on the attendee and the outfit, an A-list actress’ grooming and accoutrements can be worth around $10 million. However, Cate Blanchett currently holds the record for most expensive ensemble in Oscars history at $18.1 million. For the guys, the price is typically a bit more modest at around $270,000. Typically A-listers are dressed by high-end designers, borrowing dresses and jewelry for the night. However, that’s not always the case for plus-size actresses and nominees who work behind the scenes. They may end up having to front their own money for their outfits.

The award (if you win it)

And what happens if you win the gold? Or, more precisely, what happens if you win the 24-karat-gold-plated bronze? That’s the material the iconic Oscar statuette is made out of by Polich Tallix Inc., a company based in Rock Tavern, New York. The statue costs about $400 to make, but it is really only worth $1. That’s because the winner of the statuette isn’t really the owner of it. The academy loans it out, and a winner can’t legally resell it without first offering to sell it back to the organization for the grand sum of $1. Even heirs of the statue have to follow the same rule. So, while winning the statue is a big honor, it’s not a monetary gain.

The night isn’t over once the awards are handed out and all of the attendees filter out of the Dolby Theatre. The after-party Oscars scene is just as celebrity-centric, if not more so, than the award show. The priciest affair of the night is the Vanity Fair Oscar Party, which cost $103,220 per couple. Other popular parties include the Governors Ball, the academy’s official post-award show celebration, Madonna’s Oscar Party, Jay-Z and Beyoncé s Gold Party and parties that major studios like Fox, Warner Bros. and Netflix throw.

For those of us who didn’t get the invite to the ceremony or any of the lavish parties before, during or after, the cost is just your general cable fee and whatever food and beverage you choose to indulge in while watching from the pleasure of your couch. Designer evening gown or suit, optional.