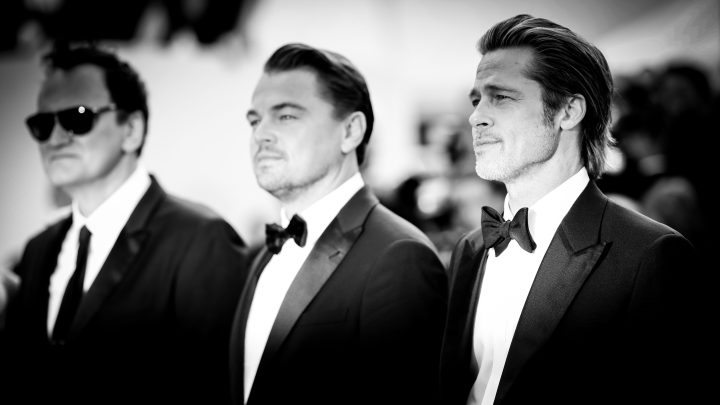 COPY
Quentin Tarantino, Leonardo DiCaprio and Brad Pitt attend the screening of "Once Upon a Time ... in Hollywood" during the 72nd Cannes Film Festival. Andreas Rentz/Getty Images

Quentin Tarantino, Leonardo DiCaprio and Brad Pitt attend the screening of "Once Upon a Time ... in Hollywood" during the 72nd Cannes Film Festival. Andreas Rentz/Getty Images
Listen Now

In Quentin Tarantino’s latest film, “Once Upon a Time … in Hollywood,” Brad Pitt plays the role of a stunt double to a famous actor portrayed by Leonardo DiCaprio. It’s rare for a film to focus on a stunt performer, even though they are integral to films. Their contributions to the film industry have been enjoyed by audiences since the the earliest days of the medium.

Despite that, many stunt performers haven’t had much recognition in return. The Academy of Motion Picture Arts and Sciences has never given an award for best stunt work before. But with the popularity of action-packed films and a declining audience for awards shows, could including stunt performers help the Oscars? “Marketplace” host Molly Wood spoke to Vulture’s Bilge Ebiri about what it might take for that to happen.