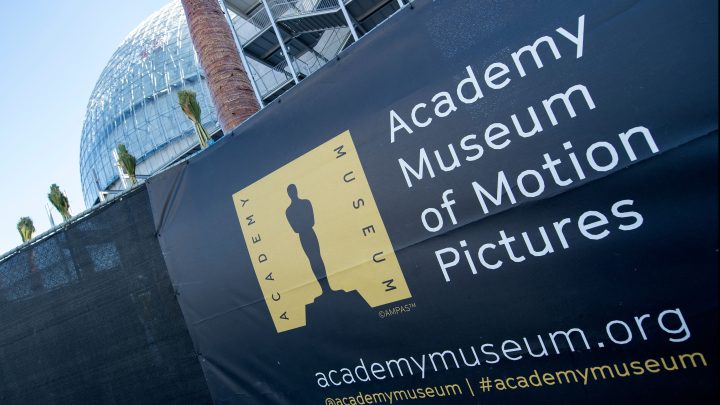 COPY
The Academy Museum in Los Angeles in February 2020, before it opened. Valerie Macon/AFP via Getty Images

The Academy Museum in Los Angeles in February 2020, before it opened. Valerie Macon/AFP via Getty Images
Listen Now

The 94th Oscars are this Sunday and will not feature eight categories of awards during the live telecast. The decision comes after last year’s Oscars was the lowest-rated ever, which allegedly caused tension with ABC — the academy’s longtime broadcast partner.

Despite the years of conversations around low ratings, the Academy of Motion Picture Arts and Sciences has accrued a “war chest” of money, according to senior editor for data at Insider Walt Hickey, who wrote about the organization’s finances. Hickey, who’s also behind Numlock, a popular newsletter, spoke with “Marketplace” host Kai Ryssdal about the academy’s finances and its prospects. The following is an edited transcript of their conversation.

Kai Ryssdal: Everybody knows the Oscars, right? Probably not so many people know exactly what the academy is or does. Give us the thumbnail sketch.

Walt Hickey: Of course. So the academy is the organization behind the Academy Awards. They’re a rapidly growing organization of professionals who work in the movie business: actors, directors, craftsmen, folks like that. They’ve increased from about 6,000 people about 10 years ago to 10,000 today. That transformation has really made it interesting in terms of who wins Academy Awards, how they vote and all that kind of stuff.

Ryssdal: The who-wins-Academy-Awards thing is the topic for for another interview, which maybe we’ll do at some point in front of next year’s Oscars. But I wanted to talk to you about the work you have done on the academy’s balance sheet and its business prospects. Because — for all the wailing and gnashing of teeth in Hollywood about the academy on many legitimate levels — it is just super strong now, business-wise.

Hickey: Yeah, I was really impressed and kind of surprised by this, honestly. So, for those who haven’t followed this, there’s been a couple lines on the academy. One has been they’ve built this massive museum in the center of Los Angeles. Some consider this kind of an albatross around their neck. Why did they spend so much money building this thing? And then the other thing that you always talk about is ABC is always breathing down their neck to get the ratings up. And so there’s been this kind of sense of tension. But you know, I wanted to find out exactly where that tension was coming from and so actually went to their balance sheet over the past 10 years or so. And I was thoroughly impressed as to where they’re standing now. And I think that this is an organization that’s transformed itself from kind of a year-to-year production company that puts on a nice show to an actual institution with a billion-dollar endowment and ways to make a permanent legacy.

Ryssdal: How did they do this?

Hickey: Yeah, this is a really good question. So here’s the basics of the academy. The academy spends about $38 million every year putting the Oscars on. And then they also spend a bunch of money on the library that they run and the organization that they run, to the point that they spend around $65 million a year. That’s good, because ABC pays them a certain amount of money every year, around $130 million. And they make money every year. And what’s really interesting is that they’ve been plowing this money into an investment fund. And so as a result, they have built a war chest of you know, something like $1.4 billion in a combination of that property and that investment fund.

Ryssdal: Am I going too far if I say that they maybe don’t need ABC and the Oscars telecast to maintain — look, they need it for publicity and all that jazz — but for their business purposes and what they do the 364 days of the year that are not the Oscars, do they need that television show?

Hickey: Yeah, I love this angle, because while we’re not there yet, that, I think, is the goal. I think that this organization wants to function like a university. Where, listen, if the university doesn’t get the big ESPN Sports contract every year, you know, they’re sitting on an endowment that will ensure they’ll be able to open their doors next year. And what this looks like to me is cord cutting-proof the academy, making it so that even if the bottom falls out on network television, they’re able to persist in some capacity. And also, maybe if ABC has to shave a few points off the top, where can you make that money back? Well, plug your museum, you’re now a destination that you have an opportunity to pitch out to one of the largest audiences in American television.

Ryssdal: All right, last thing. Since I have you on, and since we got to talk about the awards, at least to some degree, who do you like for Best Picture? And the way I follow this now, it’s “CODA” or “Power the Dog.” You got a favorite?

Hickey: You nailed it. I like both of those movies a lot. I liked a couple of the other ones too. I like “Licorice Pizza.” I love “Dune.” But I think that this year it might be “CODA.” “Power of the Dog” I think kind of has the edge, they’re going in the front runner, but this is going to be a great race this year. We’re not going to know who wins Best Picture until the last few minutes and I, for one, I’m thrilled for that.