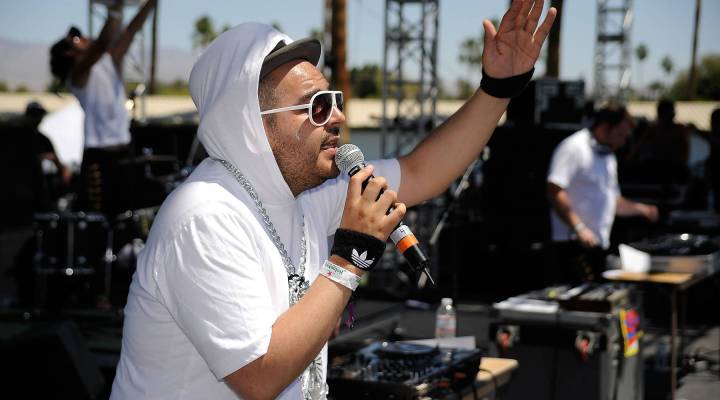 The rise of digital music is changing the way artists in Mexico work and are heard as well as creating new opportunities for marketers and promoters.

In a small yet extremely packed venue, everyone sings along with Josué Guijosa, also known as the folk rock artist Kill Aniston. Guijosa says it’s a crowd built not by selling records, but through social media and streaming platforms.

“Now the playlists are the new thing, you know, like it’s the new radio,” Guijosa said. Kill Aniston has been streaming on Spotify since 2016. His Spotify data show over one million plays and more than a 150,000 followers in 62 countries.

“Digital music right now is the thing. You have to be there or you are like a ghost in the industry,” Guijosa said.

The Mexico City musician started to play decades ago, when big record labels controlled the market, something he has always disliked. Streaming music has given him freedom, exposure and royalties. Still, there’s something he misses.

“The thing I don’t like from streaming is that now you don’t have to do albums, you just do singles, so to me it’s kinda sad, you know?” Guijosa said.

But those singles can have a broad reach and advertising companies are also using digital streaming to connect audiences, artists and brands.

“Mexico City is this major metropolitan, contemporary place and the music reflects that,” said Samantha Parvin, owner of a marketing and music agency in Mexico City. Parvin Music has worked with major brands such as Corona beer and emerging indie talents like the band Sotomayor.

Parvin said corporations want more ears and eyeballs on their brands, and streaming platforms such as Spotify, Apple Music or YouTube are bringing in the big audience numbers.

“I think it’s definitely a growing market, specially in the world of advertising,” Parvin said.

Camilo Lara, a producer, former director of a record label and co-owner of a music company called Casete, has witnessed the evolution of the music industry in Mexico firsthand. His project, called the Mexican Institute of Sound, constantly tours around the U.S. The Mexican Institute of Sound’s “Jálale” was used in Pixar’s “Coco,” where an animated DJ who was modeled after Lara performed it.

“It’s been a learning curve to try to discover how it’s going to behave, the whole music business,” Lara said. The producer said he owns around 45,000 vinyls and 55,000 CDs, but mainly listens to streaming music now. As technology has changed the way music is distributed, his company focuses on the artist and not on the medium.

“Instead of putting together a traditional record label, we decided to just offer the tools to make your own independent label,” Lara said.

Casete gets a cut of the digital distribution income for the artists it manages, but allows the artists to keep their own copyrights.

“If you don’t own your rights, basically you don’t have anything,” Lara said.

And thanks to a growing international digital profile, Mexican artists are starting to get gigs and sponsors outside their homeland, like Kill Aniston, who toured in Spain last year.