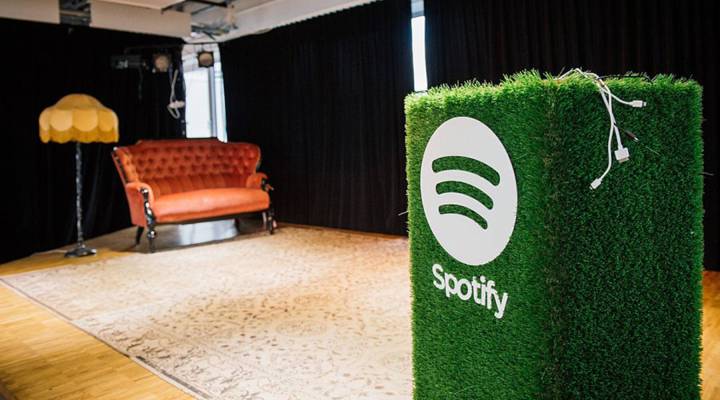 If you’re not Apple, Google or Amazon, the music streaming business is tough. Last week, iHeart Media filed for Chapter 11 bankruptcy protection. Pandora moved to renegotiate its costly deals with record labels last week, and Spotify is reassuring investors that it can turn a profit as it prepares to go public next month. Marketplace Tech host Molly Wood spoke with Paul Sweeney, media analyst at Bloomberg Intelligence, about why it’s so hard to make money in streaming. The following is an edited transcript of their conversation.

Paul Sweeney: You know, everybody’s got to get paid in the music business. This has been, over the last hundred years, a very complex web of licensing agreements, and the streaming companies have to pay these fees as well. So they’ve all negotiated fee arrangements with the various licensing entities, and it’s a big, big part of their cost structure. And that is why, you know, they really, in particular in the case of Spotify, but all the players, you know, what they need to do is to really sign up as many subscribers as they can, generate as much revenue as they can to cover these licensing and royalty costs. And it really, really argues for these companies to get to scale as quickly as possible.

Molly Wood: And yet, we should point out here that Spotify is not profitable, right? Is anybody making money in this space?

Sweeney: You’re right. They’re they’re not profitable. And it was interesting the way they positioned their company at their investor day was to say — not not surprisingly, I guess — don’t focus on profits, focus on subscriber growth. And very much like the Netflix story, this is going to be a story about subscriber growth, you know. And I think what they really stress from a financial perspective is, “Once our subscribers stay with us for more than a year, they become very profitable for us.” What I think they’re saying to the marketplace is “This is very early innings of this global streaming music business, and we’re going to go for as much share as possible, and we will monetize it, you know, in the future.”

Wood: Certainly the pages of tech history are littered with companies who made that argument about audience. Not everyone can be Amazon and Netflix. Like, do the economics suggest, you know, if Spotify’s bet doesn’t pay off that only big companies like Apple or Amazon or Google who can afford to sort of absorb losses in licensing fees could end up controlling streaming music?

Sweeney: Yeah, we did some some research on the market opportunity here for the Spotifys of the world and just the streaming music business in general, and we think the music streaming via subscription is about an $8.4 billion business today, and we think by 2025 that industry could be $24 billion. What’s really happening, what’s going to drive that revenue growth, is just the growth in global paid users. There’s about 120 million people globally, excluding China, that subscribe to a paying streaming service right now. We think that can grow to about 400 million people in 2025. So those numbers look very big over the next five years, and the question is, who’s going to get that? It really comes down to investors’ belief in the overall growth of the global streaming market. And then it’s a question of who you think is going to be the winners and losers here. Is it a zero-sum game where maybe it’s just Apple and nobody else? Or is there room for multiple players?

Wood: So I know that Spotify, for example, has been able to renegotiate better rates with the labels. Is that what it’s going to take for the digital streaming industry in general? Like, will the labels just have to give a little more?

Sweeney: I don’t think so. I think it’s going to continue to be a very contentious relationship between the labels and whoever’s distributing the music. I think it’s going be a constant, constant struggle as it’s always been in the music business, because the people who create the content feel like they should be adequately compensated for their work. And it’s a question of what “adequately compensated” means. And that will always be, I believe, a pressure point for Spotify as they think about how to manage their costs.