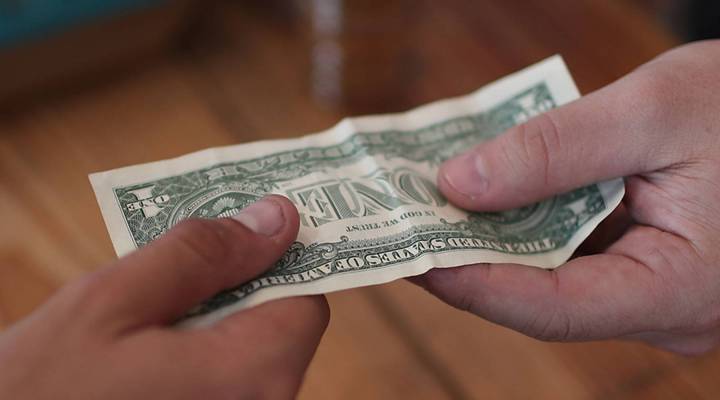 Update: This story originally published on Jan. 28. It has been updated to include emailed responses.

Tax filing season got underway this week. And it’s a big one, because we just finished the first full tax year since Congress passed the tax reform law of 2017. That law, and the changes that came out of it, could make a big difference in the size of your tax refund this year.

The reason? Most people got a tax cut under the new law, so last year, the IRS told employers to withhold less in taxes from their workers’ paychecks. The thing is, that was “not really a one-size-fits-all kind of adjustment,” said Matt Metras, a tax preparer in New York. And it didn’t “really take into consideration the individual facts and circumstances that people face.” One example: whether they rely on deductions that went away under the new law.

We asked what you thought your tax refunds would be this year. A lot of you said that you’d already crunched the numbers, and it’s not looking good.

I was expecting a refund around a couple thousand like I had over the previous few years. After doing my taxes, I was told I owed $4,800. Whoa! I have yet to file because of the sheer shock of owing anything. I’ll be getting a second opinion.

I’m a college student working two minimum wage jobs. I’ve been making about the same yearly amount since I was 16, around $12-25k. I usually get a couple hundred back. This year I’m expected to owe close to $300. This is hard because I was expecting a refund and now I have to owe on top of living paycheck to paycheck.

My spouse & I usual receive a refund because we opt to claim 0 allowances. This year, we owe money. Yes, a few factors have changed for us, but nothing so substantial as to account for the difference. We may need to consult a CPA this year to make sure we’re not missing something.

I just did my taxes for 2018 and got a very unwelcome and unplanned surprise of owing nearly $1K (we got a decent refund last year and in previous years planned that way due to the limited amount of exemptions claimed). This is a real kick in the teeth to say the least. Last year’s tax reform was sold to the public as a benefit to the middle class. That being said, I consider myself and my family to be pretty middle class (married, two kiddos, two modest salaries (a civil servant and a daycare teacher and only claiming one exemption between our two incomes — mine)). I guess that the proof is in the pudding now that we have a tax season under our belts. My personal assessment of this “tax break” is that it doesn’t seem to be helping the middle class, workers or small businesses and is ultimately a FAIL!

Some of you were expecting to get a big windfall this tax season.

My wife and I are expecting a very large refund this year. We are both young-ish attorneys and had our best year yet. The lower rates coupled with my company withholding a bit too much means our refund will be over $20k. We are planning on paying down debt (despite our $500k+ year we still have outstanding student loan debt).

I am expecting a tax refund of about ~$1,000. I am planning to use it to pay for a new suit or for a college class.

And then there was this public service announcement:

Refunds are for suckers. Refunds are just that – a return to you of your money that you overpaid during the year. The smart taxpayer pays as little as he can without incurring a penalty, then pays what he owes at tax time.

In fact, on our Facebook page, quite a few of you reminded folks that a tax refund is simply an interest-free loan to the government.