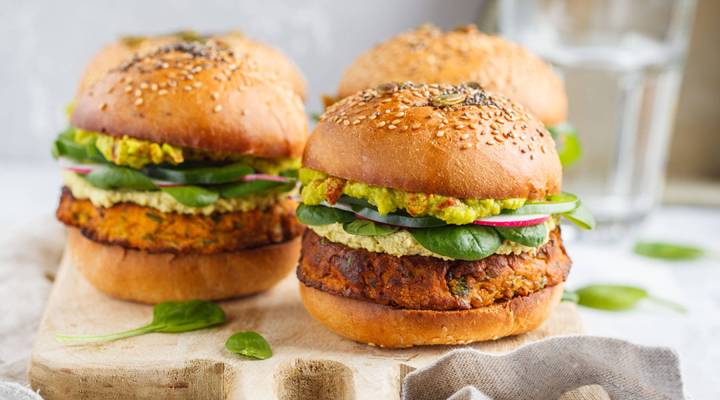 “Veganuary” – or avoiding animal products for the month of January – is more than the latest hashtag to flood your Instagram feed.

It’s a registered charity in the U.K. that, since 2014, has been urging people to give veganism a try. So far this year, it’s garnered more than 225,000 signatures to its online vegan pledge.

Now as “vegan” becomes a more common word that customers see on menus and on packaging in grocery stores, brands of all sizes are beginning to cash in on the craze.

In Britain, Pizza Hut even created a website dedicated to its vegan options in an effort to lure New Year’s resolution makers.

“We started this journey about two years ago,” said Jens Hofma, CEO of Pizza Hut Restaurants UK. “We launched our first vegan pizza, and then a second one, and this month we’ve just launched our third one. The star pizza at the moment is the jackfruit pizza.”

The vegan pie tops tomato sauce with jackfruit – a savory fruit with a pulled-pork consistency – and then piles on vegan cheese, sweet corn, onions, peppers and BBQ sauce.

But incorporating meat-free options hasn’t been a quick pivot. It was a two-year development process followed by training to ensure staff follow protocols to keep vegan and non-vegan options separated in the kitchen.

“I can’t tell you that launching a vegan pizza range is a big money maker for us. It’s much more expensive to run a vegan menu than a non-vegan menu at the moment,” Hofma said.

He added that the research and development process totaled more than $250,000. For Pizza Hut, it’s more than cashing in on a trend, he said. It’s about adding options to the menu that will see long-lasting interest from hungry customers.

“It’s quite a significant investment and it’s a real commitment,” Hofma said. “Veganuary just raises awareness  and gets people to think about what they eat and experiment with vegan food.”

Specific sales figures aren’t available for the vegan pies at Pizza Hut,  but it’s not the only U.K. restaurant that is jumping on the vegan bandwagon. McDonald’s unveiled vegan and vegetarian options this month, coffee chain Costa added two new milk choices, and grocery stores have heavily promoted their all-vegan ready meals.

British bakery chain, Greggs, introduced a vegan sausage roll this month, and it’s has had trouble keeping the pastries stocked. In it’s fourth-quarter trading update, the company acknowledged its newest pastry proved to be “very popular with a broad range of customers,” and that even with economic uncertainties hanging over business in the U.K., it had kicked off the year with “good sales momentum … and a robust financial position.”

But, not everyone on the streets of London is on board with the idea of committing to veganism.

Perhaps one of the most outspoken critics is Piers Morgan, co-host of morning TV show Good Morning Britain. He called Greggs’ vegan sausage rolls a “gastronomic appropriation,” and questioned why anyone would eat it.

Richard de Visser, a professor at the University of Sussex’s School of Psychology said committing to dietary changes at the start of a new year — such as mixing non-alcoholic cocktails for “Dry January” — sometimes has longer-lasting change because it helps people develop new skills.

“There is probably a trailing-off effect. What we find in Dry January, 50 percent of [people] go back to drinking at the same levels, 10 percent end up drinking more. But 40 percent drink less, and you’d expect to see similar things happening in Vegauary.”

Consumer psychology plays into all this as well, de Visser said.

“It’s kind of in the interest of drink manufacturers and pubs and restaurants to provide these alternatives because it means that more people will be able to go in and give them their money. It might be the case that for the first time people are going in and buying a meat-free meal and thinking, ‘Actually this is kind of alright. It’s tastier than what I was eating, so i’m going to keep doing it, not because someone’s telling me to but because it’s actually kind of enjoyable,’” de Visser said.

Pizza Hut, for one, said it’s sticking to its temporary menu changes. Its jackfruit pies – and two other vegan pizzas — will be on the menu for good starting in March.