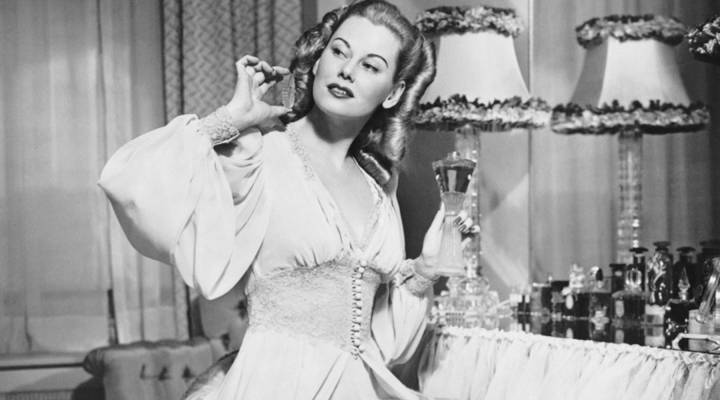 Ten years ago, Tania Sanchez and Luca Turin wrote a critically acclaimed guide to perfumes that was considered to be pretty definitive. But after a few years, the world of perfume changed drastically. Their updated guide is out this year (currently available for purchase online only), which explores a vastly different and more decentralized fragrance industry through more than 1,200 reviews of perfumes on the market. Sanchez and Turin’s homages to their favorite fragrances are poetic and florid, and even more entertaining are their biting rejections of the perfumes they rate with the least stars. Sanchez talked to Marketplace host Adriene Hill about the book and why she loves the fragrance she’s wearing. The following is an edited transcript of their conversation.

Adriene Hill: You published your first guide to perfumes 10 years ago, and I wonder how the industry’s changed in the last decade.

Tania Sanchez: Very much. We actually got rather burned out on perfume after we wrote the first guide where we reviewed about 1,800 perfumes more, so we weren’t paying very much attention for a few years. And when we looked back at the department stores, it was absolutely amazing what had changed. When we wrote the guide in 2007, celebrity perfume was all the rage, and a lot of things were discontinued, changing, things didn’t smell the same. … We were really depressed about it. And then when we went back to the shops, suddenly it was a whole new world of niche perfume — perfumes that are not by big brands [but] by very small producers or by sort of artisans. It was extremely exciting.

Hill: And so what accounts for the change? I mean, I guess the first question is, what happened to all the classic perfumes? Where did they go?

Sanchez: Well, they didn’t really go. I mean, some of them have been discontinued. But there were changes in the market, so people were thought to like fresher perfumes, grapefruit perfumes, fruity perfumes, things that smelled more like body sprays. So sort of the old classics weren’t doing as well as they used to. So they started to kind of phase them out or try to freshen them up for a younger audience. The other thing that happened was that in Europe, there was a lot of allergen regulation that was passed. People were getting itchy. So it was sort of a terrible confluence of events.

Hill: And then you look out and all of a sudden you see all these niche perfumes and niche perfumers. Where did they come from?

Sanchez: So I think the internet has made an enormous difference in perfume culture. The fact that I can even talk about perfume culture is itself an internet phenomenon —

Hill: Let me stop you. What is perfume culture?

Sanchez: There has risen a world of people who are really desperately interested in perfume. It’s no longer simply the case that a person wants to just buy one perfume, smell of that every day or just when they go out, you know? Now there were people who are interested in perfume as a subject. So they want to try lots of different perfumes. They want to try strange perfumes. They want to try exotic perfumes, foreign perfumes, everything. So there’s a lot of chatter, and where there’s chatter, there’s creativity.

Hill: And can you make a good perfume as a self-taught perfumer?

Sanchez: Yes! Obviously not everyone does. I mean, there’s a lot of crap out there, but for instance, we gave five stars, which is our highest rating, to Andy Tauer, a self-taught perfumer in Switzerland who had a day job as a chemist. And he was just passionate about perfume, and he started to put together his own stuff. And his perfume, L’air du Desert Marocain — I’m sorry, you have to speak a lot of French to talk about perfume — got five stars from us, and, in fact, Luca Turin, my co-author and husband, wore it to our wedding.

Sanchez: And Andy has never, so far as I know, been professionally trained.

Hill: What are you loving? What smells do you love right now?

Sanchez: Well, I mean, I don’t want to brag, but right now I am wearing a recently issued perfume which is a recreation of a really old perfume by the French brand Jacques Fath. And the people who bought the brand wanted to restore some of their old perfumes, including one which Luca and many people consider to be one of the greatest fragrances of all time, which was Iris Gris, which means gray iris. And unfortunately it is priced over a thousand dollars a bottle.

Sanchez: Which I find … offensive. And it is basically a peach chypre, which is a sort of classic perfume category with a huge, lovely, juicy, fuzzy peach. And over it, this wonderful, sober, gray, dignified iris, which is sort of like what violet would be like if it was depressed. Sometimes people say, you know, perfume is not an art. And often they say this in the industry because they’d like to not have to make excuses for the crap they do. But when I smell something like this, I am moved. And I don’t think that one would be moved like this unless they were art involved.