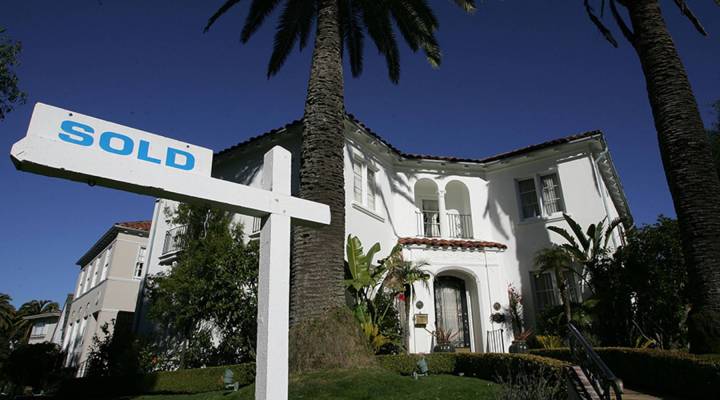 The letters FHFA may not mean much to you, but the Federal Housing Finance Agency has a lot of power over the way houses are paid for in this country. President Donald Trump’s new nominee to head the agency, Mark Calabria, would likely make some changes if confirmed by the Senate. Calabria is currently chief economist for Vice President Mike Pence and a long-time critic of Fannie Mae and Freddie Mac, the two mortgage finance companies the FHFA oversees. One change the libertarian-leaning economist has recommended in the past: ending government support for the 30-year fixed-rate mortgage.

The 30-year mortgage is by far the most popular home loan in the country, making up almost 90 percent of new applications. That’s partly because Fannie Mae and Freddie Mac provide a steady stream of funding for those loans — by purchasing them from banks, bundling them into mortgage-backed securities and guaranteeing those bonds against default.

But not everyone is a fan. Stretching a loan over such a long period makes monthly payments more affordable, said Edward Pinto with the American Enterprise Institute, but ultimately makes homes more expensive.

“It all comes down to supply and demand,” he said.

Making loans more affordable increases demand for housing, Pinto said, and when the supply of homes is tight, as it has been for the last several years, that pushes up prices.

“It’ll particularly drive up the price at the entry level, because that’s where the demand constraint is the highest,” he said.

“I like the idea of taking some of the emphasis off of the 30-year fixed-rate mortgage,” said Ben Keys, assistant professor of real estate at the University of Pennsylvania’s Wharton School. “It’s not for everyone.” For some people, Keys said, a 15-year mortgage or an adjustable rate makes more sense. But if Fannie and Freddie were to suddenly stop guaranteeing 30-year mortgages, he said, “we should expect house prices everywhere to go down, which could be a potentially large shock to the housing market.” At a time when the housing market is already slowing down, he said, “is this really what the housing market needs right now?”

A world without the 30-year mortgage isn’t so hard to imagine, said Jenny Schuetz, a fellow with the Brookings Institution. “There are lots of countries other than the U.S. where the 30-year fixed-rate mortgage is actually pretty scarce, and those countries have similar at least home ownership rates to the U.S.,” she said. If the U.S. government does move away from the 30-year mortgage, Schuetz said, it should do so gradually and with plenty of protections for borrowers.